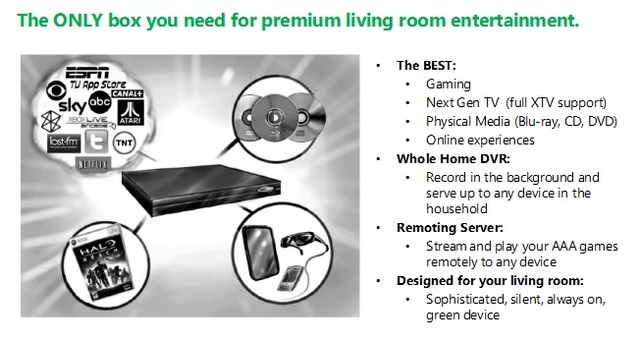 This weekend, an old but still confidential document from Microsoft was posted on the Scribd website. The presentation showed Microsoft's plans for the future of its Xbox game console business. The document was quickly taken down, thanks to Microsoft's lawyers, but not before it was picked up by pretty much every tech and gaming website there is. Now, yet another website has been ordered to remove a full copy of the two year old presentation.

Eurogamer.net reports that the Czech Republic-based technology site Ihned.cz was also given a formal takedown order by Microsoft's lawyers after it posted the document on the site, although some of its slides are still available for viewing. The (translated) message from the site says, "According to the legal department at Microsoft we're violating the copyright of the publication of the society."

This adds even more credence that this leaked document is in fact the real deal. The document described the next Xbox hardware as the "Xbox 720" with a full DVR set-up, support for Blu-ray, streaming game capabilities and more.

In a statement sent to Eurogamer, Microsoft said, "We are continually thinking about the future of the platform and when we have something to share, we will."