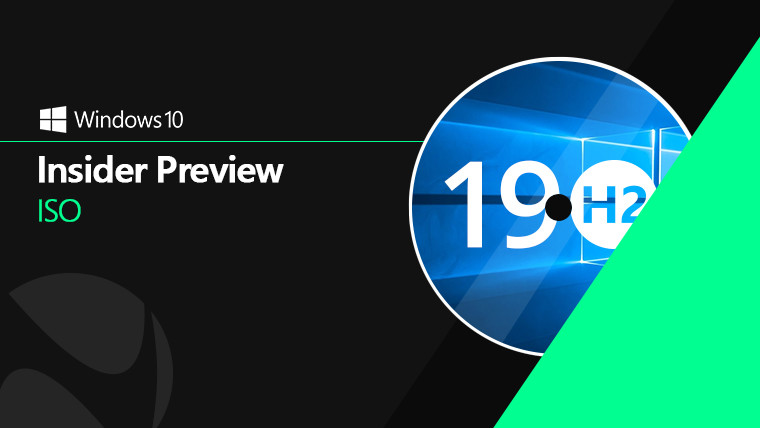 Ever since Microsoft started testing out Windows 10 19H2 in early July, it's come in the form of a cumulative update. But last week, the company bumped up the build number by one, placing it in the Release Preview ring. So while you've always had to get it as an update before, Microsoft released an ISO today, so you can now do a clean installation of Windows 10 19H2.

The ISO is for build 18363, and it comes in the usual flavors of client, Enterprise, and Home China. If the Fast ring is more your speed and you're looking for a clean installation of 20H1, Microsoft also released ISOs for last week's build, which is build 18970.

Due to be finalized this month, 19H2 is the next feature update for Windows 10. It's a minor update, which is why Insiders on the Fast ring have been testing out 20H1 for much longer. In fact, while there are a few features included in 19H2, they'll likely be turned off at launch.

20H1 will be a much more significant update, and that will be out next spring. If you want to download the new ISO images for Windows 10 build 18363 and/or 18970, you can find them here.