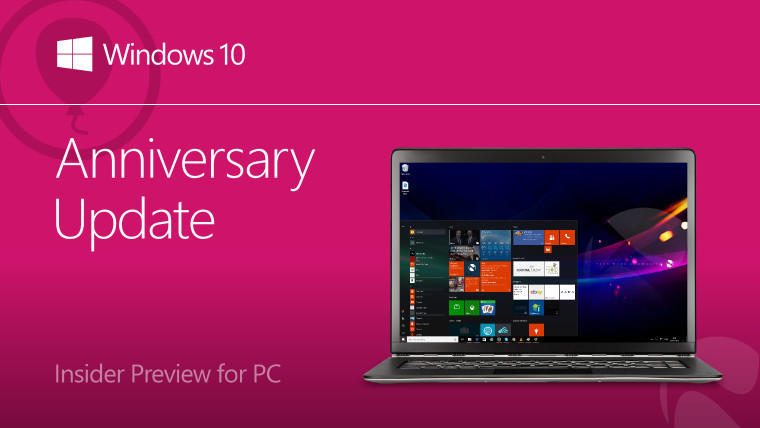 Microsoft today released a new cumulative update for Windows 10 Insiders on the Release Preview and Slow rings. Build 14393.222 comes one day after the company offered Mobile build 14393.221 to Insiders.

Unlike when the Windows 10 Mobile build was released, today's update comes with a changelog, which can be found in the Feedback Hub. Fortunately, the release notes for today's build also applies to the one for phones.

This Cumulative Update is the same for both PC and Mobile except that for PC, it includes an additional fix to improve the reliability of downloading games (like Forza Horizon 3) and game updates from the Windows Store.

We're actually not seeing the update on our test PC that's on the Release Preview ring, so if you don't have it yet, you're not alone. It will likely show up shortly. If you're waiting for it to hit Production, it will likely be two weeks until you see it, as that's the next Patch Tuesday.

Thanks to Dylan for the tip!