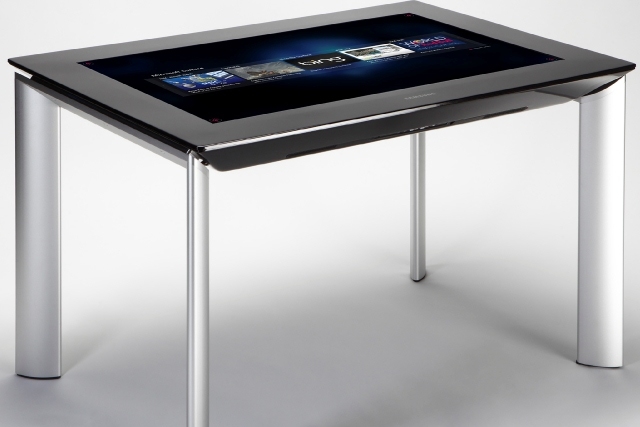 When Microsoft showed off a preview of the second generation of Surface, the multi-touch system designed for interactive and innovative computing experiences, many people were impressed. Where the original Surface hardware was an enormous and incredibly bulky piece of equipment, the new version was still large but much sleeker (reducing its overall profile to just four inches of thickness), bringing considerable technological improvements, as well as the ability to mount the display on a wall, in addition to the original ‘table-top’ configuration.

The Surface 2.0 hardware is actually a Samsung system known as the SUR40. It has a 40-inch 1080p display which can handle fifty simultaneous touch inputs, and is protected by the largest sheet of Gorilla Glass ever applied to a screen. The display uses Microsoft’s new PixelSense technology, which essentially infuses each pixel with both optical and infrared sensors that enable the screen to recognise fingers and other objects that interact with it without the use of cameras.

At the time of Surface 2.0’s unveiling in January, Microsoft promised that it would be made available “later in 2011” in over twenty markets across North America, Europe, the Middle East and Asia-Pacific. The Microsoft Surface website still stands by that commitment, but ZDNet’s Mary Jo Foley has revealed confirmation from Samsung that the availability of the SUR40 has been pushed back to January 2012.

She suggests that some developers for the Surface platform had hinted at issues with the underlying system software, and that these may be, at least in part, to blame for the delay. Microsoft introduced its software development kit (SDK) for Surface 2.0 back in July, to enable developers to create new applications for the updated platform.

Assuming it does arrive in January as planned, you'll need some deep pockets if you want to buy one - the SUR40 is expected to sell for $7,600... but this is still considerably cheaper than the original Surface product, which had a starting price of over $12,000.