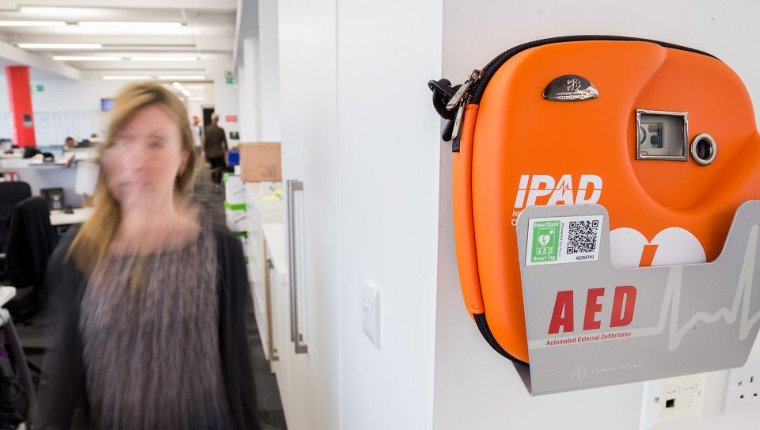 Microsoft has announced that it is partnering with the British Heart Foundation (BHF), the National Health Service (NHS), and New Signature in order to map all the defibrillators in the UK. By mapping them, emergency service call handlers can direct people helping a cardiac arrest patient to where the nearest device is. The ambulance service has a system in place but it’s less comprehensive than the proposed system.

“There is huge potential ahead in the impact that technology will have in digitally transforming UK healthcare. This innovative partnership will bring the power of Microsoft technology together with the incredible vision and life-saving work of BHF and the NHS. This project, powered by the cloud, will better equip 999 call handlers with information that can make the difference between life and death and shows the potential that innovative partnerships like this could make to the health of the nation.”

There are around 30,000 out-of-hospital cardiac arrests in the UK but only one-in-ten survive; this is compared to a 25% survival rate in Norway, 21% in North Holland, and 20% in Seattle, U.S. According to Microsoft, defibrillators are only used in 2% of cardiac arrest cases that occur outside hospitals; the reason for this low figure is because ambulance services and bystanders don’t know where the nearest device is located.

Those who own defibrillators in workplaces, churches, train stations, leisure centres, and other public places will register their device with the new partnership to be added to the system. The information will be stored in Azure and ambulance services will be able to tap into the system to find nearby devices. The system will also remind their owners to check that the device is in working order. Eventually, the defibrillators could self-report their condition and capture heart rate data from patients which can be directly sent to doctors.

The network will be trialled by the West Midlands Ambulance Service and the Scottish Ambulance service initially, before being rolled out across the country.