At the Barcelona stop on the international Build Tour, Microsoft teased Project Europe, a top-secret project that we know almost nothing about. 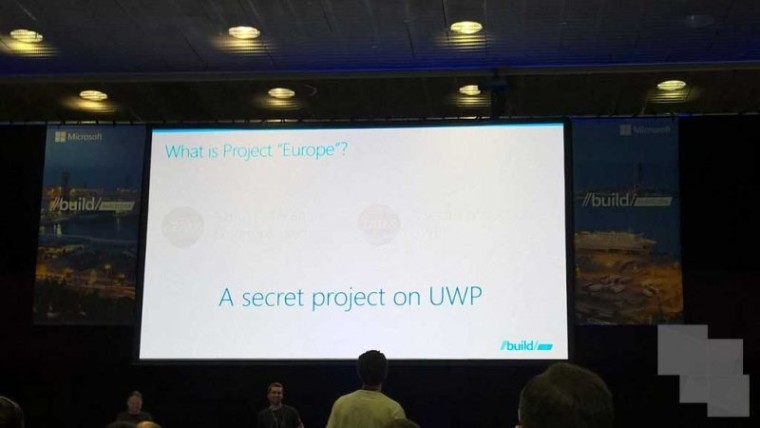 All we really know about it is what you see in the image. It has something to do with UWP.

Attendees were asked what they think it is, offering two choices: expansion plans for Azure data centers, or a secret UWP project. Obviously, it was the latter.

At this point, we've all heard of the four bridges: Project Westminster for bringing web apps to the Universal Windows Platform (UWP), Project Islandwood for allowing iOS developers to bring their Objective-C code over to the UWP, Project Centennial for converting classic desktop apps to UWP apps, and the now-canceled Project Astoria, which would have allowed Android apps to run on Windows 10.

Time will tell on this one, and the fact that Microsoft is teasing it without telling us anything shows that it's something that they want us to be excited about.