Microsoft has announced a range of updates and improvements to its Bing Apps for Windows Phone. The enhancements will be available exclusively to Windows Phone 8.1 handsets; users running the WP8.1 Preview for Developers will be able to download the updated apps, while those buying devices with 8.1 pre-installed (such as the Lumia 630 and 930) will find the apps already onboard with the latest updates included. 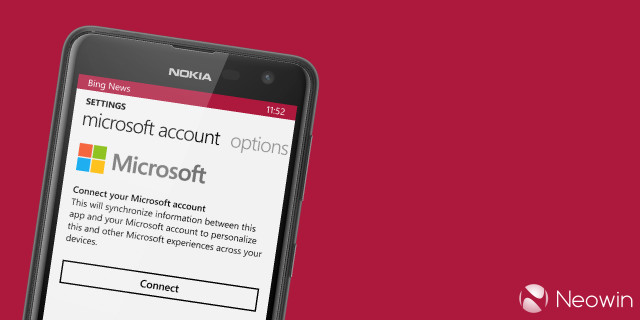 The most significant improvement is single sign-on. On Windows Phone 8, each of the Bing Apps would require you to log in to your Microsoft Account individually, which was a chore to say the least. Now you can simply enter your credentials once, and then connect each Bing App to your account with just the tap of a button. 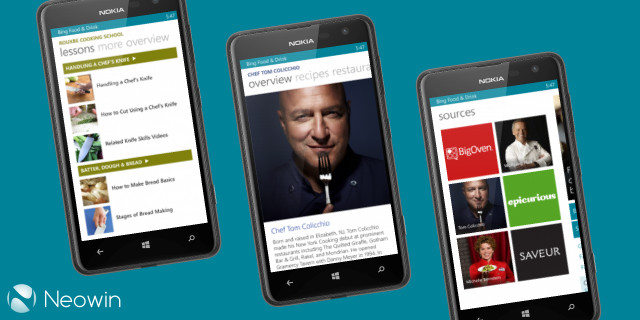 Bing Food & Drink now has cooking tutorial videos included, with thousands of clips available thanks to a partnership with the Rouxbe Cooking School. Culinary insights, tips and recipes are also available from some of the world's finest chefs, including the magnificent Joel Robuchon, Vikas Khanna and Wolfgang Puck, among many others. You can now also select your preferred sources for food and drink information, including the likes of Epicurious, Saveur and Food 52, allowing you to easily locate all of your favourite cooking content in one place.

In the Bing Travel app, Microsoft has added a flight status checker - just enter your airline, flight number and date of travel, and the app will bring you the latest information pulled from real-time data feeds. 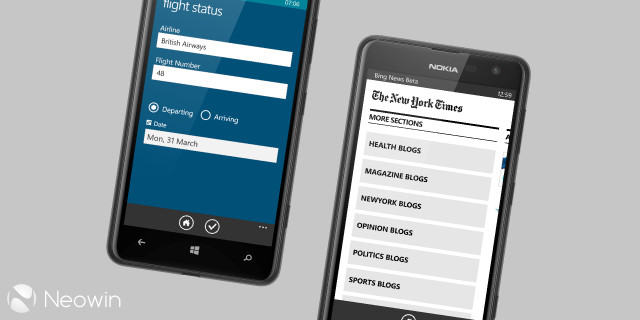 Finally, in Bing News, blogs from The New York Times have been added to the range of content available. Additionally, some news sources will now provide a warning notification to make you aware of 'offensive language or objectionable content'.

These latest additions to some of the Bing Apps may not be revolutionary, but it's great to see Microsoft continuing to update and improve its Windows Phone offerings. These updates come a few weeks after the company launched Bing Rewards on Windows Phone.