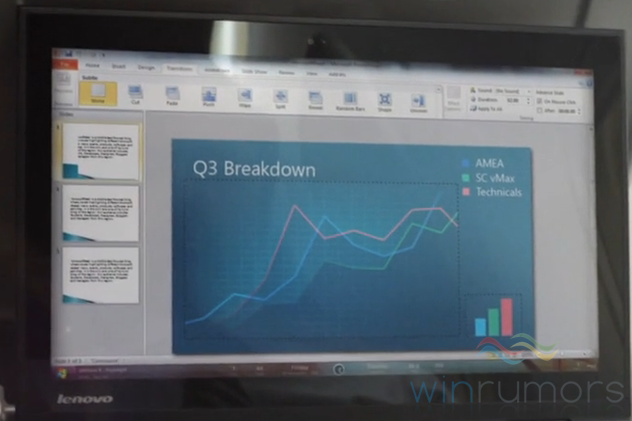 Although this is the latest leak to hit the Internet, the build is relatively old, suspected of being compiled earlier this year. Microsoft is well into the 80xx build numbers for Windows 8, and is rumoured to be demonstrating, and possibly giving out, developer builds of Windows 8 next month at Microsoft's annual BUILD conference in California.

Winrumors managed to get a screenshot of the leaked 7927 build and claims that the new build contains unlockable UI elements, new wallpapers and a Betta fish boot screen.