The latest blog post on Building Windows 8 confirms an observation made earlier this year, back in April, when screenshots of development Windows 8 builds began leaking onto the Internet. Windows 8's new Explorer will be getting the Scenic UI, also known as the "ribbon."

Alex Simons from the Windows 8 Program Management team explains this change as melding the best of both worlds, that being the Explorers of Windows XP and Vista/7. The main design objective of the new Explorer is almost identical to a similar problem the Office suite faced - simplify the user interface, but expose as much functionality to the user as possible.

The goals may be better explained by looking at the current Windows 7 Explorer, and comparing that to the Windows XP Explorer:

The Vista/7 Explorer offered a richer representation of files and folders compared to the XP Explorer. It also did away with traditional pulldown menu bars and toolbars for a command bar that changed depending on which file was selected. As Microsoft's telemetry data shows, the command bar did not contain most of the common tasks users perform with Explorer: 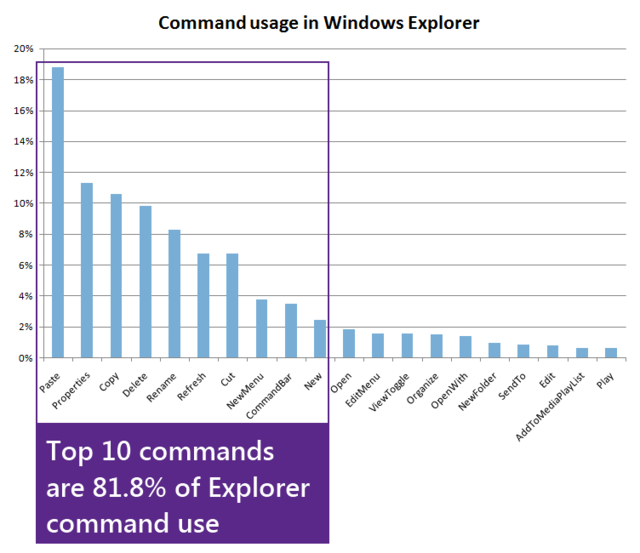 Some of these commands can be added to the toolbar in the XP Explorer, as seen in the above screenshot. Not so for the Vista/7 Explorer. Users turned to the right-click menus and keyboard shortcuts in lieu of the command bar: 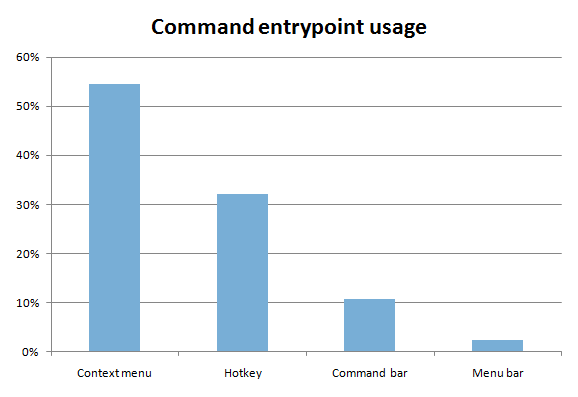 Given that almost 85% of users accessed the most common Explorer operations using a method that deviates from the most exposed part of the current Explorer - the command bar - the new Explorer had to accommodate these commands, especially for tablet users who do not have a keyboard at hand. Simon explains the team considered expanding on the current Vista/7 command bar, or going back to XP-style menus and toolbars, before settling on the Ribbon.

Like with Office, the Ribbon also exposes hidden "gems" in the user interface. For instance, in the Windows 8 Explorer pictured above, there is a button for users to invert the selection of files in the current folder. On XP, this option is available via the Edit menu. Windows 7 users have to enable the Menu bar and go to the Edit menu to access this feature.

Despite the extra amount of space the Ribbon takes up, the new Explorer actually shows more files than the Windows 7 Explorer as Microsoft moved the Details pane to the right, instead of being on the bottom as it was in Windows Vista and 7. Users can also collapse the ribbon and show it on demand for even more screen estate. The new Details pane is similar to that in Windows Live Photo Gallery. 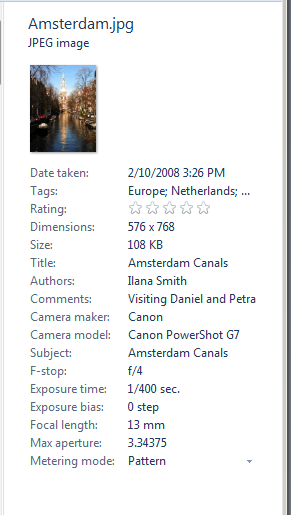 The downside of the new Explorer? Current toolbars that plug into the Explorer UI will no longer work. In addition, there will be no "classic" UI for the new Explorer. Microsoft is hoping users will embrace the change without a legacy UI to fall back on as they have done going from Office 2003 to 2007.

Missed our previous coverage of previous Building Windows 8 posts? Check them out here: