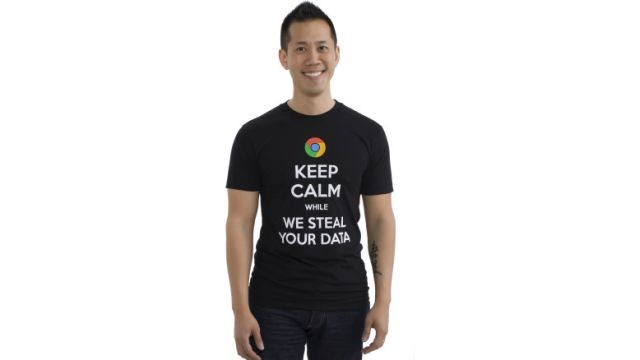 Microsoft is getting aggressive with its advertisements, and it’s about time. Over the past decade, Microsoft has typically taken the high-road and avoided being overly antagonistic towards its rivals, mostly because it was sitting on top of the world in terms of market share in many of the key consumer markets. But with Apple stealing Microsoft’s tablet thunder, Google sweeping away nearly all of the smartphone market, and Chromebooks now pushing hard into the low-end computing segment, Microsoft has finally wised up and opened up a can of ass-kicking advertisements.

The aggressive advertisements started a few months back with Microsoft going after the iPad. In a series of commercials, much like the “I’m a Mac and I’m a PC” ads that Apple ran several years ago, Microsoft places the iPad next to the Surface for a one-on-one feature face-off. As you would expect, the Surface trumps the iPad in nearly every way in these commercials - but Microsoft did not stop with Apple.

Video: Want laptop value? Know what to look for.

Microsoft has been running its ‘Scroogled’ campaign for some time now as well, but it has taken things to a new level in the last couple of weeks. Microsoft is now selling ‘Scroogled’ apparel, and has released an advertisement that features the team from Pawn Stars talking trash about Google's Chromebooks.

Some may think that Microsoft’s attack on the Chromebook is tacky or a low blow to Google as it attempts to create a desktop OS. Well, here is the deal: Microsoft is trying to kill off the Chromebook, branding it as ‘less than a laptop’. Many will likely say that this is pointless as Chromebooks are not a threat to Windows and full featured laptops, but that’s the point.

The problem with thinking that they “are not a threat to traditional Windows” is that that is exactly the type of thinking that got Microsoft into the mess it now faces with Windows Phone in the smartphone market. Microsoft became complacent, and stuck with its traditional path for far too long, which left it lagging far behind its rivals as the market developed at a greater pace than it could ever have imagined.

While Chromebooks may not be a significant threat to Windows at this time, if Google keeps pushing features and upgrading hardware to the likes of the Pixel, Chromebooks will soon become a far more serious threat. It’s because of this that Microsoft wants to taint the Chromebook brand - indeed, the entire Chromebook experience - as ‘less than a laptop’.

If Microsoft can successfully apply negative connotation to the Chromebooks, then it will be a win in the long run, and will help to stunt the growth of Google's rising platform.

Microsoft’s Scroogled campaign is a forward-looking effort to stop Google in the markets in which Microsoft can compete effectively - Windows, search and the web - and it’s about time. This is Microsoft’s new aggressive side and it’s something that will be worth watching closely as Microsoft continues to transform itself into a devices and services business.

But questions asking if these commercials are tacky, immature or outright dumb remain open for consumers to answer, and we must wait to see how they resonate with consumers in the weeks and months ahead. I personally support the effort as it demonstrates Microsoft’s new, bolder character - perhaps with a tip of the hat to Ford, and we have no doubt that when Alan Mulally met with Steve Ballmer, he encouraged this approach.

No longer is Microsoft willing to be pushed around and, at long last, it is confident enough to call out its competitors for their failures and shortcomings. Microsoft is not new to the tech game and it has to constantly evolve and transform itself to stay relevant. This new aggressive side of the company is an encouraging start to the next chapter in its history.