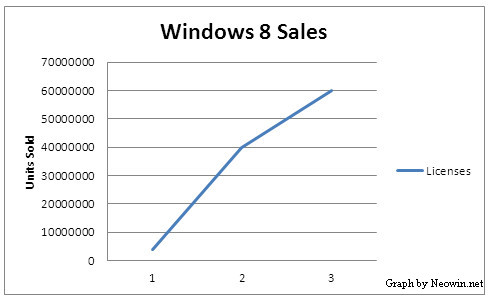 With the upcoming wave of new smartphones looming, mobile advertiser Millennial Media have reported new statistics that show that the only way for Android is up.

The research results showed that iOS is continuing to lose usage, with a fall of 6% compared to the 1% it has steadily lost each month prior, leaving it with a total of 21%. RIM had a similar result having lost 1% in July – making it the third most popular mobile OS. Inevitably Symbian lost out too, dropping 1% and leaving it with a much smaller 2%. Windows Phone stood still at 2%.

With so many losses in other OS’s, they had to go somewhere, right? Android gained 7% landing it at 61% in July, which is the eighth month in a row that Android has increased foothold by a substantial amount. 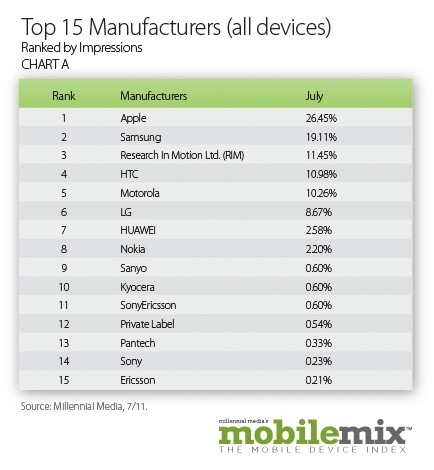 However OS usage wasn’t the only notable statistic that the company had found, although they tell us a lot about the state of each OS. It was found that Apple remains the top manufacturer, with 26.45% and Samsung second with 19.11%. RIM and HTC are next in line with 11.45% and 10.98% respectively.

Typically it was found that the most popular individual phone was Apple’s iPhone which accounted for 13.60% while Samsung’s Nexus S was flying the flag for Android in second with 5.73%. In third came the BlackBerry Curve which attracted 5.23%. No Windows Phone devices were present in the top 20, which may not be surprising due to the small amount of usage it has at the moment, however with the rise of Windows Phone imminent, we may see a device storm into the listing in the future. 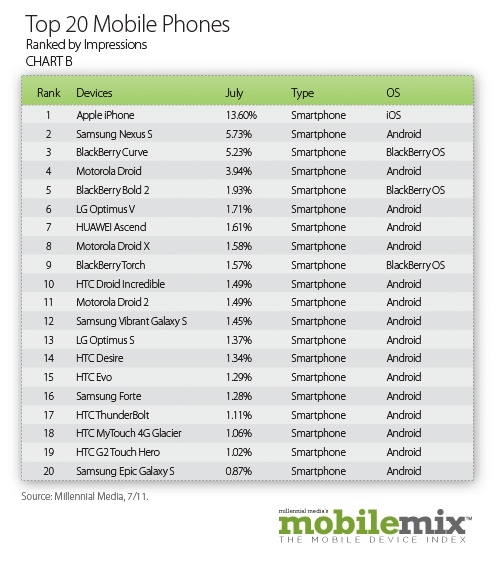