While much of the excitement surrounding Nokia’s Windows Phone 8 announcement was focused upon the new flagship Lumia 920, the slightly smaller Lumia 820 has plenty to sing about too, including that old Nokia favourite, the interchangeable cover.

As Nokia revealed yesterday, the 'exchangeable shell' covers for the Lumia 820 aren’t just about the aesthetics. In addition to a range of colours – including the much-loved cyan, which isn’t an option on its bigger brother – an optional exchangeable cover can also be purchased that brings the wireless charging feature found on the new Lumia 920. 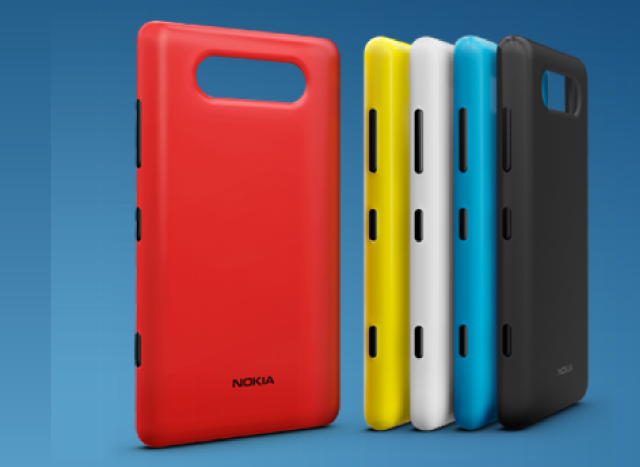 Nokia spoke with Pocket-lint in a bit more detail about its exchangeable covers, and revealed that a more ‘rugged’ cover option is also on the way. Three types of cover will ultimately be offered:

That third option is designed to offer an extra dose of protection for users that are especially concerned about damaging their handsets. As with third party covers, Nokia’s covers can be removed and switched as needed, so that during the day, a sober black cover might be perfect for the office, while a brightly coloured one could co-ordinate with an outfit for a night out; and a rugged cover can be slipped on for a sporty activity weekend, to avoid seeing your Lumia meet an untimely end at the mercy of a rock.

Nokia’s offering differs in making the cover part of the handset itself, rather than an extra layer or sleeve of added bulk on top of your smartphone, which can often turn even the sleekest handset into a bit of a chunky beast.