There’s was a flurry of leaks in the days before Nokia’s official launch of the new Lumia range, and now in the run up to Apple’s iPhone event on September 12th new images that claim to be the iPad Mini’s back cover are being paraded online. 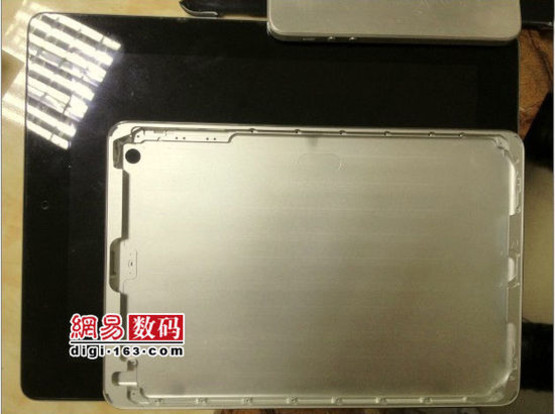 The images show the location of power/volume buttons, camera, ports and what is claimed to be the new connector. One of the images clearly shows the size difference between the current iPad and the new Mini.

The design of the Mini seems to be a cross between the iPhone and iPad, not conforming to one or the other in style, but still remaining true to both. At least on the back and sides anyway!

We may have to wait a little longer than hoped, with the Mini rumoured to be revealed in October and not next week at the iPhone event, to know whether these images are genuine or not. But at least it’s something to whet the appetite of the Apple faithful.