A new screenshot from Jane Manchun Wong shows off how edited tweets will look to other users on the Twitter website. Under the tweeted content, you can see a pencil icon next to the word ‘Edited’ to let you know that it’s not the original tweet. Wong didn’t elaborate any more on this so whether you can click Edited to see the post's history is unknown – the tweet she edited is also gone.

We have known since early April that Twitter was working on the ability to edit tweets but it said that the feature was still a way off with Twitter Blue users expected to get it in a couple of months. The full extent to how the feature will work is still under wraps but more details have been leaking out. In mid-April, for example, Alessandro Paluzzi showed off some screenshots of the new edit feature after he did some reverse engineering. 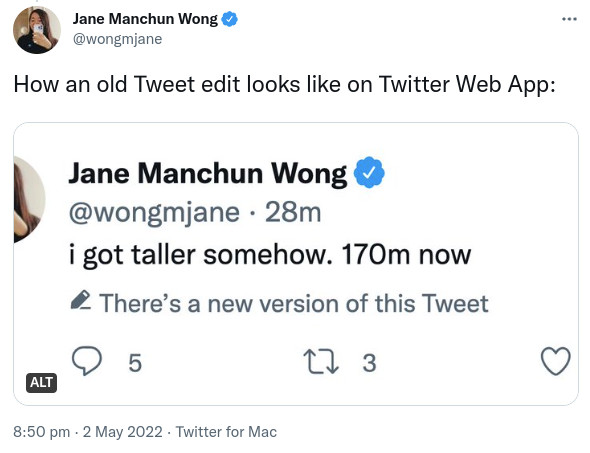 When the feature is more fleshed out and arrives for Twitter Blue users, it can be put to test in a more real world setting to see how it could be abused. After a little more tweaking, Twitter should feel ready to finally make the feature available for all of its users. 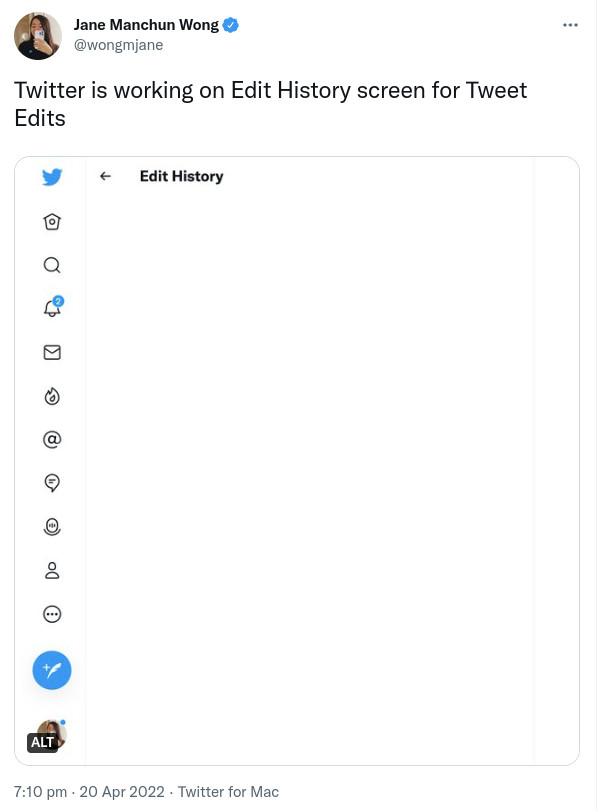