There was plenty of interest across the interwebs yesterday when Nokia announced that it was introducing a glossy white version of its Lumia 800 Windows Phone. Promising to introduce the handset to a range of European markets in the next few weeks, the white model will join three other colour options – black, cyan and magenta – in the 800 range.

As part of its promotional activities around the announcement, Nokia added images of the white Lumia 800 to its Facebook page – or rather, Nokia thought that’s what it had done. 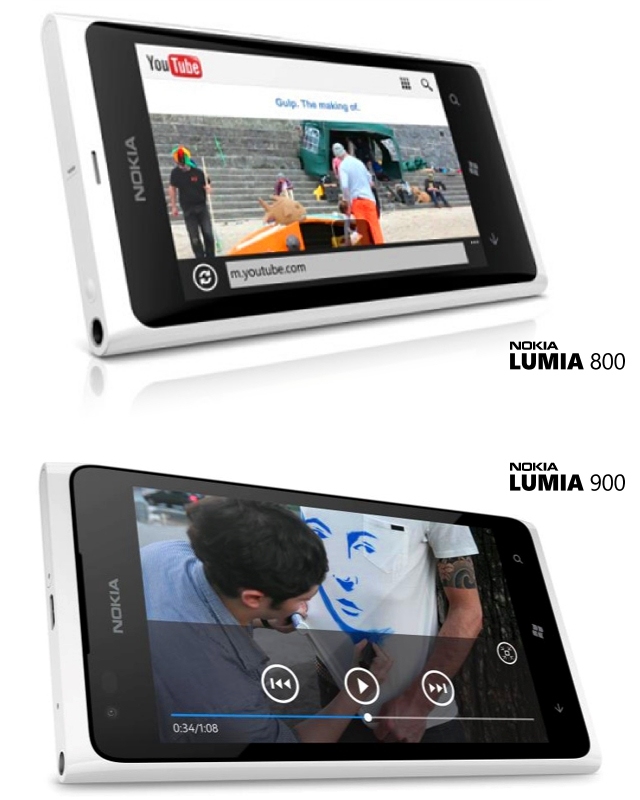 As Pocketnow.com spotted, Nokia believed it had posted images of the white Lumia 800, but it had additionally posted an image of the as-yet unannounced white Lumia 900. The image was named and labelled as the Lumia 800, suggesting that this was an error by the company's social media team, a position reinforced by the fact that the image has since been removed from Nokia's Facebook page.

Although the 900 is visually similar to its smaller sibling, there are some key differences, such as the 900's front-facing camera, its unprotected microUSB port at the top, and the less expansive area below the screen, around the Back, Search and Start buttons.

There’s one other highlight worth mentioning here – until now, we’ve only seen the Lumia 900 with AT&T branding (below right); officially, Nokia maintains that the handset is completely exclusive to the American network. But the white version shown on Facebook carries no AT&T branding, and includes the Nokia logo dead-centre above the screen (below left).

While no-one seriously expected the 900 to remain an AT&T exclusive forever, this is the first time we've seen a non-AT&T version of the flagship device. It’s also possible that this is our first view of the international version of the Lumia 900 that is widely expected; a couple of weeks ago, we reported that the UK's largest mobile phone retailer had put up a 'coming soon' page for the handset, which was later removed. If that is indeed the case, it would appear that the device won’t be undergoing any significant external changes before it’s made available in additional markets.

Before then, the new Windows Phone is expected to go on sale in the US on March 18, and Slashgear is reporting that Microsoft Stores are accepting pre-orders for white Lumia 900s right now.


Images via pocketnow.com and Nokia