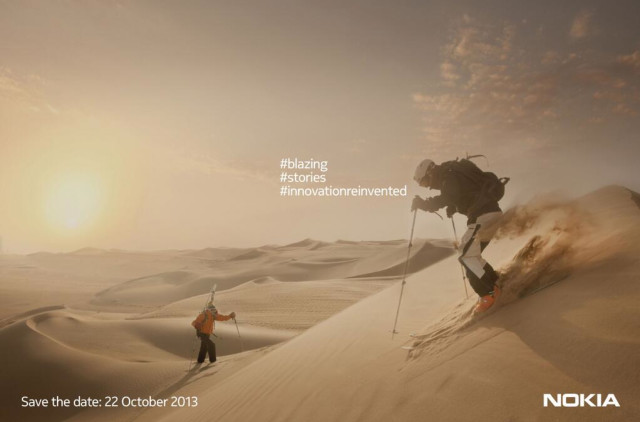 Nokia has announced an event for the 22nd of October where many expect that company will announce new, and much large Lumia devices and possibly a new tablet too.

Nokia has been releasing phones at a rapid pace with the Lumia 9XX series being revamped earlier this year and the Lumia 1020 with its massive 41MP camera being released over the summer. It would seem that Nokia is keen on releasing new devices roughly each quarter to help keep its line of Lumia devices always fresh.

New devices for Nokia have been popping up all over the web recently including RM-927 that passed by the FCC, the Lumia 1520 that is rumored to launch in November and of course, this information all aligns to the previous rumor that Nokia would hold an event on the 22nd of October.

The big rumor that is still outstanding is that Nokia will also release its long rumored RT tablet on the 22nd. While we have no additional information to share about Nokia’s plans at this time, pictures of the tablet have surfaced across the web over the past few weeks.