Nokia has developed and quite a few Windows Phone apps on their own, usually as exclusives for their Lumia line of smartphones. Today, the company released their latest such app called JobLens, which offers features similar to its older CityLens software. 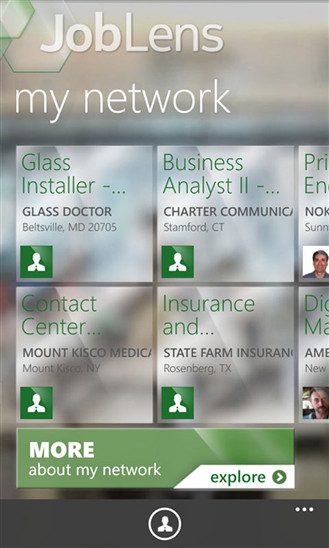 The JobLens app will allow Lumia users to quickly find jobs in their local vicinity. The app uses databases from services such as LinkedIn, Salary.com, Zillow and more. You can save the open positions that you like in the app and it can even use your Twitter and Facebook friends to find connections to these open positions. 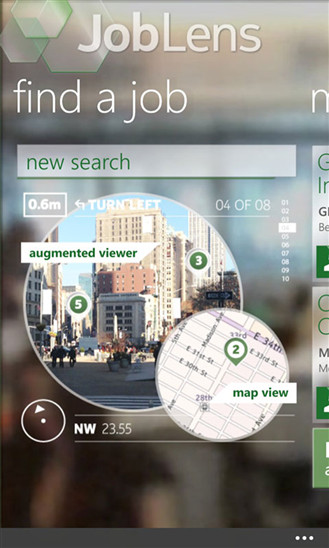 The most interesting thing about the app is the augmented reality feature, which lets users actually use their phone's camera to look around their immediate area to find open jobs inside the buildings themselves. The JobLens apps also lets users store their resume online via SkyDrive and even apply for any open positions from within the app, when possible.

In addition, the app offers users news about new job openings, information about salaries at companies and directions to the job's offices via HERE maps. The app does recommend the user have a LinkedIn account for the best experience. Keep in mind that the JobLens app is just for Nokia Lumia phones running Windows Phone 8.