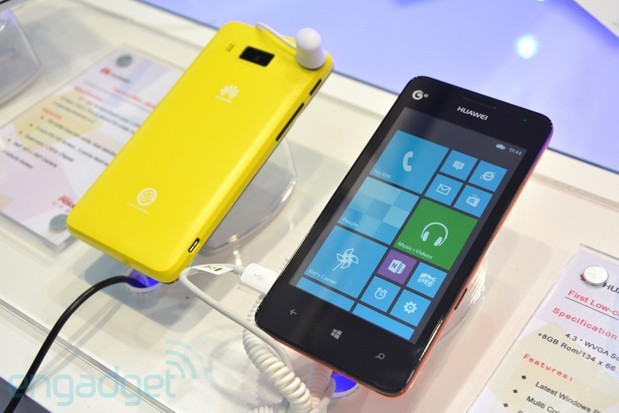 Today, Huawei confirmed the existence of the Ascend W2 by showing a prototype on display at the Mobile Asia Expo. Engadget is at the show and took pictures of the smartphone and also got information about its hardware specs. Sadly, those of you who might want a higher end smartphone will be disappointed.

According to the article, the Huawei Ascend W2 will have a 4.3 inch display with a resolution of 800x480. Inside there's a 1.4 GHz dual core Qualcomm processor, 8 GB of on-board storage (more with the microSD card slot) and just 512 MB of RAM.

On the bright side, it would seem like the Huawei Ascend W2's display does support "glove mode" for using the touchscreen while wearing gloves during the winter or perhaps in the summer while doing some outside gardening. Huawei has yet to offer a release date or price yet for the Ascend W2 but it's likely to show up in its native China first before making its way to other countries like the US.