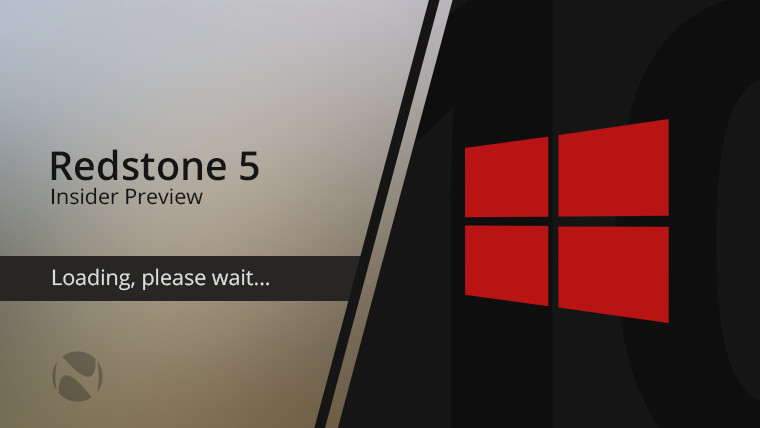 All week this week, Microsoft is holding its Bug Bash for the next version of Windows 10, which might end up being called the Spring Creators Update. But while we're expecting it to be finalized next month, the question arises of when we'll start seeing previews of the next update to Windows 10, codenamed Redstone 5.

During the company's webcast today, Microsoft confirmed that these builds are coming "sooner than you think", although it definitely won't be this week. Until Redstone 4 is released, however, it's only going to be available for those that opted to 'Skip Ahead' in the Fast ring.

Skip Ahead was an option that the firm offered when Redstone 3 was being finalized, giving Insiders a chance to jump to Redstone 4. Enrollment was limited, however, and it was closed within a couple of weeks. Users still can't sign up for Skip Ahead, and Microsoft said during the webcast that Skip Ahead is still at capacity (it still exists, but those that opted in have only been receiving normal Fast ring builds), hinting that it won't be opened up again.

This is really bad news for anyone that's had to perform a factory reset on a PC that was set to Skip Ahead, as they weren't able to re-enroll. Hopefully, the company will surprise us and open up Skip Ahead enrollment again.

In related news, BuildFeed tweeted today that the first Redstone 5 build has been compiled, also hinting that previews will be coming soon.

If you're bummed out about the possibility of not being able to enroll in Skip Ahead, it's not that big of a deal. With the exception of Sets - a feature that we saw previously in Redstone 4 development and got pushed back to Redstone 5 - most of the changes will likely have to do with changes to OneCore, or under-the-hood stuff. Historically, Microsoft would do this for the first couple of months following a release.

Nevertheless, Microsoft said that it will have more information for us soon, so stay tuned.