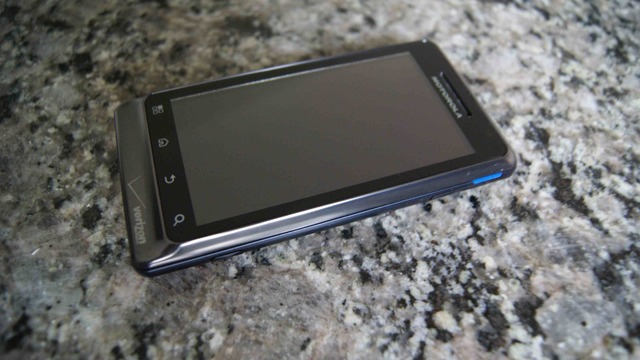 When the Motorola Droid first hit the scene, it made a big splash for Verizon. The Droid was Verizon's strategy for combating the iPhone, as well as keeping users of Verizon happy. It represented a breath of fresh air for a carrier who previously had a weak smartphone lineup.

Fast forward to today and Verizon has quickly become a key player in the US for the Android platform. With several high end devices, the company has quickly branded itself as the preferred provider if you want an Android powered phone.

The Droid 2 represents the follow-up to one of Verizon’s keystone devices. But, when the Droid 2 landed, it wasn’t the new kid on the block and was faced with stiff competition from other phones in the Verizon lineup. But the question is, at $199.99, is the device worthy of your hard earned money? 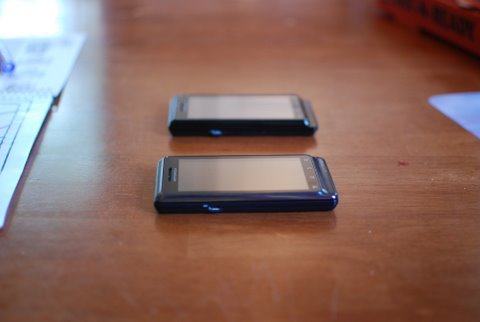 The screen on the device is a 3.7” touchscreen at 480x854 WVGA. This screen gets the job done but will not woo the crowd by any means; it's accurate and can be used in sunlight. The screen is fairly standard fanfare, nothing over the top, easily lost in the crowd, but doesn’t disappoint.

Call quality is what you would expect from a device in this class; it’s clear and loud enough to be able to hear the person on the other end in most environments.

What really sets the device apart from the Increidble and Droid X (besides coming with stock Froyo installed) is that the Droid 2 has a physical slide-out keyboard. For those that require a keyboard and are familiar with the one on the original Droid, this keyboard will work well for you. But for those looking to make the switch to their first Android platform and want a physical keyboard, you will be sorely disappointed.  As a long, long, long time Blackberry user, they keyboard on the Droid 2 requires small thumbs and forces you to use your thumbnails to type accurately. The keys are firm and unforgiving, but to each their own, some may love the keyboard. If you’re accustomed to the perfection of a Blackberry keyboard, you won’t enjoy this device. 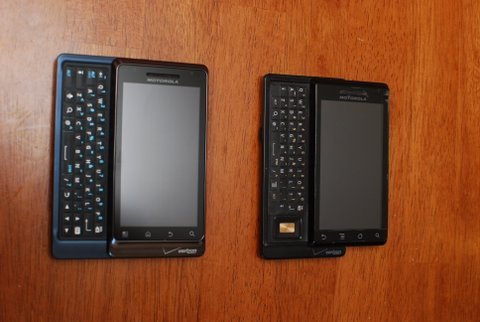 The device does feel solid and is attractive. The back of the device is made of a non-slick material and the front has a glossy metallic look to it.  The keyboard slides outs out smoothly and confidently locks into place. Also a dedicated camera button on the top of the device is a nice addition and makes taking pictures feel more natural.

Battery life was typical for a device that is constantly updating its social network data  (two networks pulling), two email accounts actively syncing, and a myriad of web browsing and phone calls. I was able to squeeze a solid workday of use out of the device (8hrs) before being required to plug it in. Naturally by adding or removing data intensive apps, this will affect the battery life of the device considerably. 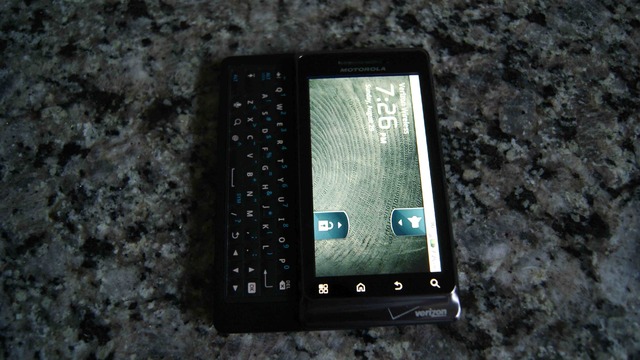 So what's left? If you were purely comparing this phone to the original Droid, it looks fantastic. It adds a sense of refinement to a phone that helped to shape the industry and launched a legendary marketing campaign. But the problem is that Verizon has two other high end devices that are competitors that are priced the same as the Droid 2. What it comes down to is, do you require a physical keyboard and if that answer is “yes”, then this device will suite you well. But, if you’re looking for the best phone in the Verizon lineup and don’t need the physical keyboard, for the same price as the Droid 2, its worth checking out the Droid X.