The Uncharted series became a favourite of mine almost as soon as I started to play through the first game. The adventuring, shooting, treasure hunting and the story told through Nathan Drake and friends were all superb and helped rekindle my love of Indiana Jones style adventures from years ago.

Uncharted 2 went on to become my all-time favourite game and the one that I have had the tendency to show off to friends if they ever wonder how good graphics, sound and story can be on a PlayStation 3 or on any console for that matter.

Uncharted 3 has been just over 2 years in the making and is once again a joy to behold. Naughty Dog has gone back and rectified some of the small complaints gamers have had with both the single player game and the multiplayer aspects and tinkered with some other features too.

Uncharted 3 follows a similar story to the other games with you trying to find a specific treasure in a lost city, you have our hero Nathan Drake alongside his trusted mentor Sully, while the girls from Drake’s past return too. You will play through a story that not only has some great dialogue; it is also perfectly acted by all of the cast. 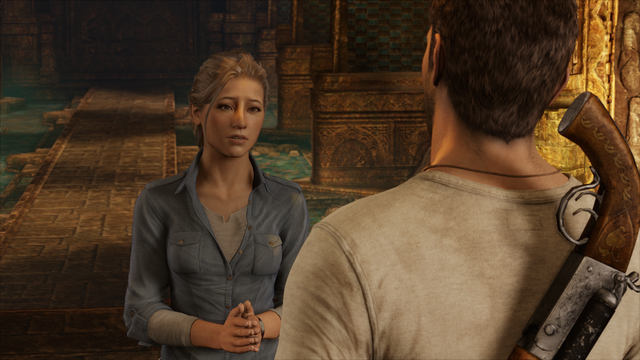 The game begins with a brawl that takes place in a bar in London, UK. This introduces us to the new melee system, which adds extra pieces of animation into the fight scenes, which some gamer said were pretty dull at times. For example, as you beat up enemies, you will sometimes crack a bottle over their head or smash them into the bar or against other areas of the scenery around you.

While this is certainly an improvement on the fighting from the previous two games, it is still the weakest part of the whole game and is sadly overused during the game at times. Fistfights can still be great fun though, especially when you have run low on bullets and need to get your hands on another weapon. There is nothing like running up to a gun toting enemy and then punching them in the face or sneaking up on someone unawares and breaking their neck to steal bullets or a weapon.

The main meat of the gameplay is still based around climbing walls, fences, through underground tombs and shooting the baddies, but everything has been improved and refined. Naughty Dog have done this in a way that most gamers won’t even notice just how smooth and well made the adventure has been until the end credits begin.

Set pieces, which have become one the main selling points in the game, appear more regularly than ever before. I won’t spoil any of them for you as I managed to avoid any spoilers before I started to play through my review copy of the game last week and it made the experience so much better than knowing what may be come up at points in the game. All I can say is that you won’t be disappointed by any of them.

Puzzles also make a repeat appearance and while they are never that difficult to complete they help to break up the various action sections of the game and give you a little breather. Once again it is Drake’s journal that will give you hints on how to complete the puzzle you are currently, while the puzzles range from lining up lit up sections of a glove to correctly placing the right tiles on the correct area of a board to open up new areas. 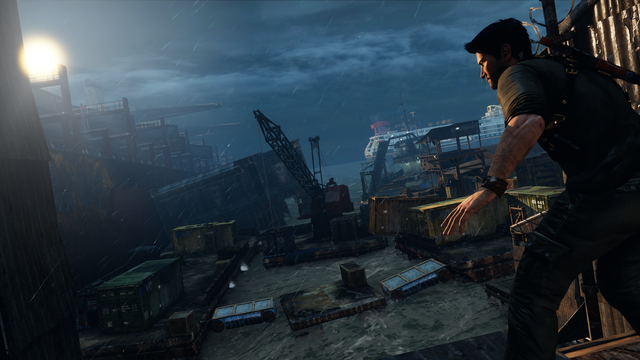 As mentioned earlier, despite its general excellence, Uncharted 3 isn’t perfect. The AI can still do some very dumb stuff at times with enemies standing right in front of you doing nothing or just not noticing you running up to them despite it being so obvious. I also experienced a couple of PlayStation 3 lockups on occasion, something I haven’t had for some time.

As a story, Uncharted 3 is the best of the series. The dialogue between the entire cast is excellent and if you have played through the previous games you do feel a connection to all of them, something that rarely happens in games these days. As has become the watermark of series, the cast record all of their lines while acting out sections of the game. This works so well that with each release you can see how well they all bounce off each other now and no other game does it so well.

While Uncharted 2 added multiplayer modes to the game, Uncharted 3 contains some drastic improvements that should really help with the games longevity. You have the usual features such as capture the flag, deathmatch, team deathmatch etc but you also get new additions in the form of what Naughty Dog call Boosters and Kickbacks.

Boosters are the main benefit for gamers as they work during a whole play session online allowing you to do special things such as climb faster or reduce spawn times. In game medal awards work to unlock special kickbacks, which can increase the cash you earn for kills etc or unlock special weapons for you or your team. 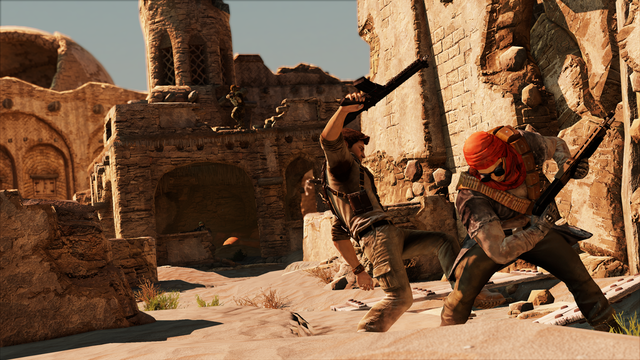 The good news is that even this early in the games release there are loads of players online and I fully expect the game to be very successful in this area for some time to come, especially as Naughty Dog have really been listening to users complaints and praises in this area and improving it thanks to the feedback they have received.

Uncharted 1, 2 and 3 have entered that rare section of games on my shelf that I have played through on multiple occasions, not just due to the story but also to collect all of the 100 treasures littered around the environments you play through, I can’t put my finger on why I love doing this other than the fact that the games are a joy to play.

Graphically the game is not only the best out of the three, it is also the best I’ve seen on any console. How Naughty Dog has done it is anyone’s guess, but they certainly know how to get the best out of the PlayStation 3. From the superb animation, the light that breaks through broken bits of wood and derelict buildings to the fantastic sand effects later in the game, I just can’t fault it.

Fans of the original game will also get a kick out of a jungle-type section of the game set in France, it really lets you compare the originals lush greenery to the new one and you’d really think we’d moved on another console generation it looks that good. 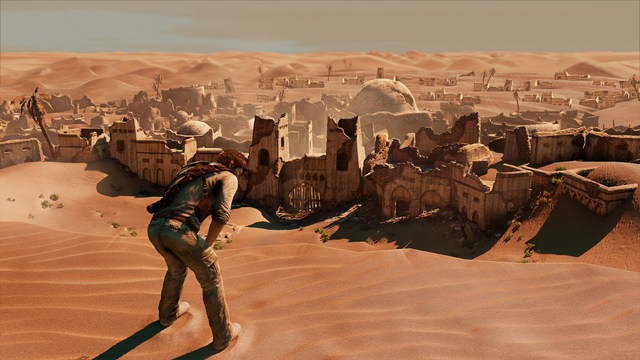 3D is an area that can be hit and miss at times in most games, but here we have an excellent bit of work from Naughty Dog. The main reason it works so well is probably because the game has so many large environments that mix distance and close up objects. It isn’t always perfect but it is probably the best title to show off 3D on your PlayStation 3 right now.

Sound is another area the game excels in, firstly the voice work is second to none with the whole cast putting in some excellent performances. Next we have the music, which makes you feel like you are taking part in a big screen movie that builds with each action scene.

I can find little to fault in Uncharted 3 and I’m not too sure how Naughty Dog will better this excellent addition to the series. The gameplay is tight and great fun, the story and dialogue is superb while the graphics are the best on any console at this moment in time. Yes there are a couple of small niggles, but if you let them stop you from buying this game, it is your loss.