Ever since iTunes first launch as a digital music store Apple has been adding more and more content to it making the application an almost one-stop shop for your digital needs. Ranging from music to videos, and even mobile applications iTunes does it all. Curiously though, when Apple released the Mac App Store, this came as a separate application. 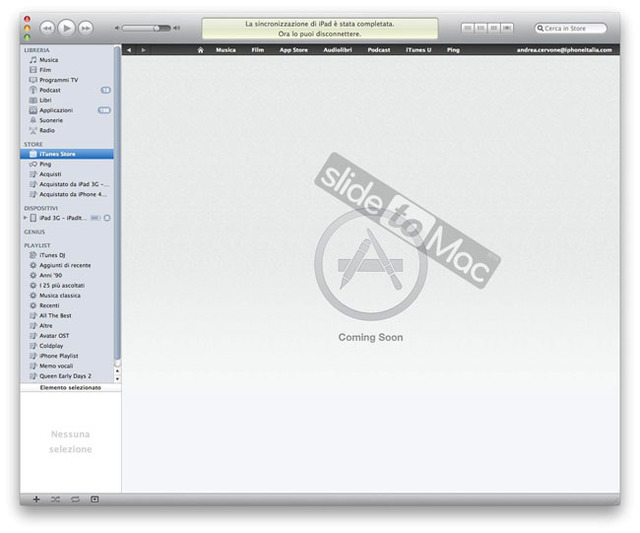 On an Italian Apple blog, Slide To Mac, they have an image which appears to show the classic App Store logo with the words "Coming Soon" below it within iTunes. While this makes sense on the Mac side, it would lead to drastic differences between the OS X and Windows versions of iTunes. The media application so far has been relatively the same across both platforms, but adding in the Mac App Store would create a huge gap between the two versions.

Both iTunes and the Mac App Store work in similar ways, so an integration like this is fully possible. iTunes may soon no longer simply be a player, but may be an entire hub for anything and everything OS X.