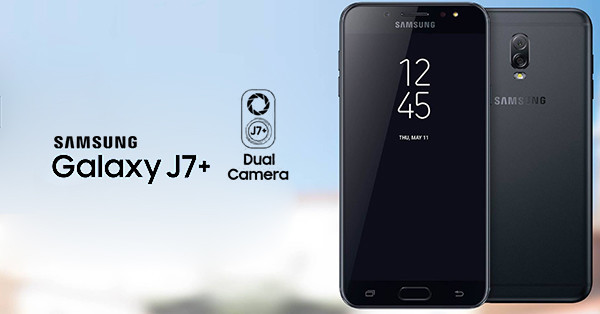 Samsung has taken the wraps off its second dual-camera phone which was leaked previously, the Galaxy J7+. This is a more affordably priced phone, and also the second device from the company to feature the dual-camera technology which it first debuted in the Galaxy Note8.

Compared to the Galaxy J7 (2017), the Galaxy J7+ has been modified slightly in terms of specifications and features. The device features a metal unibody design and sports a 5.5-inch Full HD AMOLED display with 2.5D glass.

The phone's rear camera is comprised of two lenses, with one 13-megapixel f/1.7 sensor and one 5-megapixel f/1.9 sensor, while a 16MP camera with flash is included on the front for HD selfies, videos, and live-streaming. The dual-camera system on the rear can be used to create realistic bokeh shots similar to the OnePlus 5 and Galaxy Note8. 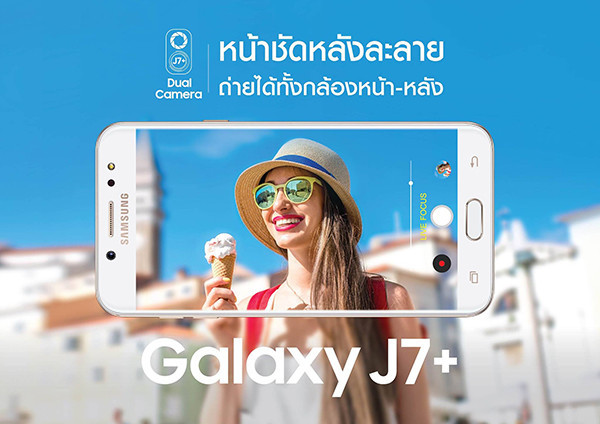 Under the hood is a MediaTek Helio P20 octa-core processor with 4GB RAM, 32GB internal storage, and a microSD slot which supports cards of up to 256GB. The phone is also backed by a 3,000mAh battery and runs on Android 7.1 Nougat. Unfortunately, unlike the Galaxy J7 (2017), the battery doesn't seem to be swappable.

Other features of the device include a front mounted fingerprint sensor, support for Samsung Always On display, dual SIMs, multi-window support, pop-up window support, and perhaps most importantly for some, a headphone jack.

The Galaxy J7+ is priced at TBH12,900 (approximately $390) and will be available in three colour options: black, gold and Pink. Samsung is yet to announce the availability of the Galaxy J7+ outside of Thailand.