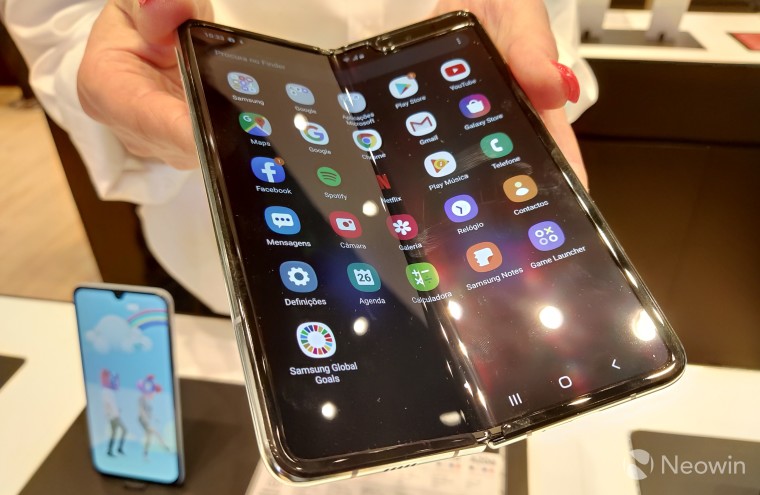 Samsung is reportedly planning to launch the Galaxy Fold successor later this year with an "Under Display Camera." It looks like device carries the codename Project Champ and will have the same form factor as the original Fold. Samsung has been working on under-screen camera technology for a few years now and it has seemingly developed it enough to put it into the hands of consumers.

Ultra-thin glass (UTG) from Schott is their best hope then. First on Galaxy Z Flip. Then on Galaxy Fold 2 which is now known as Project Champ and should come mid-year. It will fold out to 7.7” but will be quite a bit more expensive than the more portable clamshells...

As should be expected, the Galaxy Fold 2 won't be cheap as the Galaxy Z Flip or the Motorola Razr, and may﻿ carry a price tag of around $2,000 just like its predecessor. The higher price tag means the device should come with faster internals and 5G connectivity which the Galaxy Z Flip misses out on. The foldable device will reportedly launch in July presumably alongside the Galaxy Note20 series.