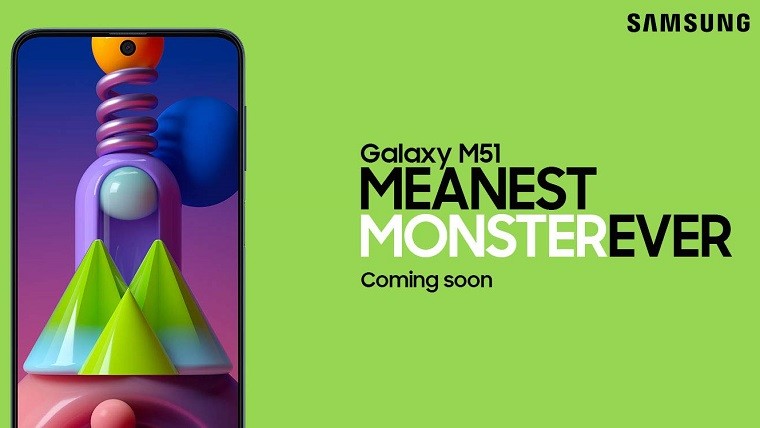 Samsung has officially confirmed the existence of the Galaxy M51 mid-range phone. The device has been teased on Amazon India's website, showing off a few details about its key features.

The teaser reveals that the Galaxy M51 will feature a punch-hole cutout on its display to house the front-facing camera. It also bears the tagline "Meanest Monster Ever", suggesting that it will pack some impressive specs. According to rumors, the handset will ship with a 7,000mAh battery with support for 25W fast charging.

In addition, the phone is rumored to be sporting a 6.67-inch FullHD+ Super AMOLED display with a 60Hz refresh rate. It could also include a quad-camera setup at the back with a 64MP main sensor while its front camera could be a 32MP sensor. The device is said to be powered by a Snapdragon 730 processor and may include a side-mounted fingerprint sensor.

Samsung's teaser did not say anything about the Galaxy M51's launch date, but 91mobiles speculates the device will be unveiled sometime in September. More details are likely to be revealed next month.