Samsung's Galaxy Note 4 went on sale this week in its home market of South Korea, but some of those who have already taken delivery of the company's new flagship aren't very happy with their purchase. A number of owners have complained that their devices have an uneven fit around the display, with a sizeable gap between the glass front and the handset's frame, at one edge. 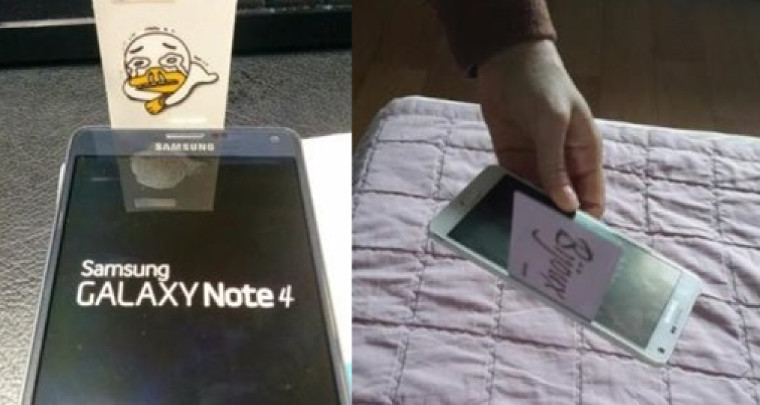 As IT Today reports, numerous buyers have described how the gap is large enough to slot in a business card or a couple of sheets of paper into it. On some handsets, the gap is at the top or bottom; on others, it can be found along the left or right edges of the display.

As with the iPhone 'bentgate' issue, we must sound a note of caution, and point out that the number of users reporting this imperfection on the Galaxy Note 4 is tiny (although given that Samsung has sold only around 30,000 units so far, the proportion of handsets affected by the problem will be much larger than with 'bentgate').

Given that Samsung plans to rapidly expand availability of the Galaxy Note 4 to 140 markets in the next four weeks, this is clearly a headache that the company would much rather do without. Nonetheless, it's hard to imagine how Samsung will explain this as anything other than a manufacturing issue, but we'll have to wait and see how it addresses the problem.

Source: IT Today via BGR | image via IT Today

Update: Samsung has responded to the complaints in a statement to TrustedReviews: "The reported issue does not impact the functionality or quality of the Galaxy Note 4. We assure our customers that all Galaxy Note 4 units meet our strict manufacturing and quality control standards."

Curiously, that response appears to acknowledge the issue while at the same time dismissing it, and doesn't address the question of how the company intends to deal with those customers' complaints. Indeed, it seems to imply that these gaps are considered normal for the device.