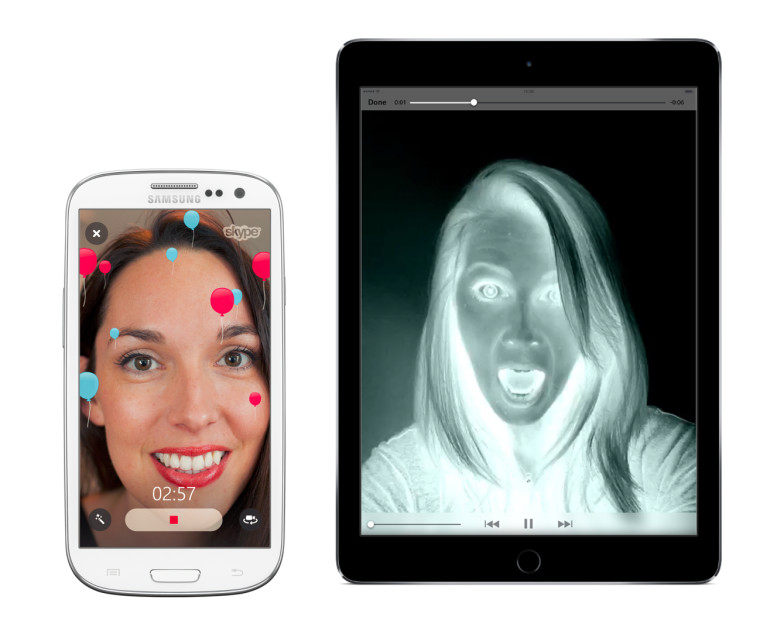 The Skype platform has been getting a lot of cool new features as of late, such as Skype Mojis for bringing your favorite movie characters in conversations, Skype Translator, and even the ability to join a discussion by merely clicking on a unique link, instead of wasting time setting up an account.

Whereas the last updates were oriented towards competing with the likes of Facebook Messenger and WhatsApp, this time the fight is brought into Snapchat territory, with the addition of fun video filters, and support for Apple's 3D Touch technology found in the new iPhone 6S and iPhone 6S Plus.

You can now choose from a total of 11 video filters, including balloons, going color negative, and warping your face, so that you an get a bit more creative with your video messaging. To start, you have to tap the bottom left button in the video message window, choose and preview the effect before you hit the record button, then play your little video moment.

For those of you using Skype on iOS devices, the team has taken multitasking optimizations a step further, with the addition of "Peek and Pop" support on the latest iPhones. You can now force touch the Skype icon on the home screen to get to contacts and the dial pad quickly, peek into the last messages, live video, pop a conversation into the foreground, and take a quick look at something shared by someone, among other things.

Microsoft is rolling the new features for people running Skype on Android, iPhone, and iPad. Let us know what you think about the new additions in the comments section below.