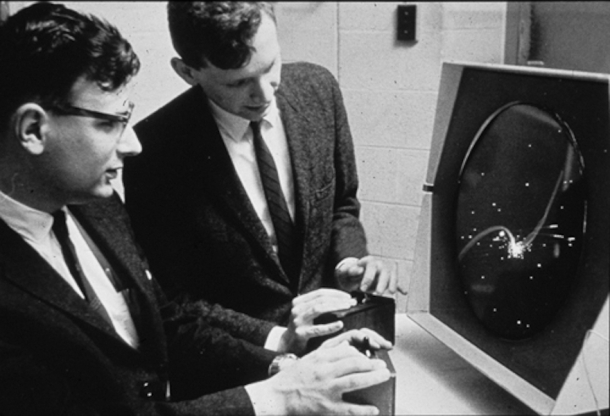 The first computer game, Spacewar!, was also a multiplayer game.

If you have played any PC game, you owe its existence to Spacewar! The program, first created 50 years ago this week by a group of researchers at the Massachusetts Institute of Technology, is generally considered to be the first computer game ever made. This week, MIT celebrated the launch of Spacewar! with a special event that included the recreation of the game by MIT students.

As News.com reports, the students used the Palm sized Arduino microcontroller combined with the game's original source code to port and play Spacewar!. The game itself has two players, each controlling a space ship, with one trying to destroy the other with torpedos and vice versa. The game's players also have to deal with a simulated star with a gravity well that players must try to avoid.

The original game, created by MIT's Stephen Russell, Peter Samson, and Dan Edwards, was made on a DEC PDP-1 computer which had an 18-bit processor. It had a clock speed of just 200 kilohertz. Microsoft later released an updated version of Spacewar! as a free sample game for its XNA Game Studio programming tool kit.