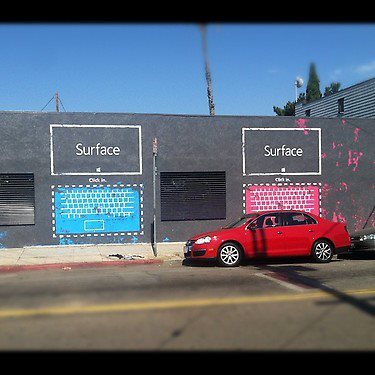 With less than seven weeks to go before the launch of Windows 8 and the Windows RT versions of Surface, it sounds like some people may have decided to wait on purchasing the iPad. That's what one Windows 8 software creator is saying, anyway.

The Waikato Times has an article today where Ben Gracewood, of New Zealand-based software company Marker Metro, says his firm will make between 25 and 50 Windows 8 apps in the next year.

I thought Microsoft was insane announcing the Surface without any pricing or release date. But since then we have encountered several customers who were intending to purchase iPads and stopped.

The article also has a quote from Damon Kelly, chief executive of Enlighten Designs, who says his company will be making 100 Windows 8-based apps in the next year. He states, "What we are hearing from most of our customers is, 'we want to hear what’s happening with Surface' They are waiting."

That could be bad news for Apple, which launched the latest version of the 9.7 inch iPad in March. There are lots of rumors that the company could launch a smaller iPad model this fall.

Meanwhile, Microsoft's Surface viral street ads keep popping up in Los Angeles. The Surface Evangelist Facebook page has posted up a couple of images from the ads, both of which have the "Click in" slogan.