PayPal users who have been waiting patiently for an official and dedicated Windows Phone app can now breath easy. The company launched the official PayPal app for smartphone owners that have Microsoft's mobile operating system inside earlier this week. 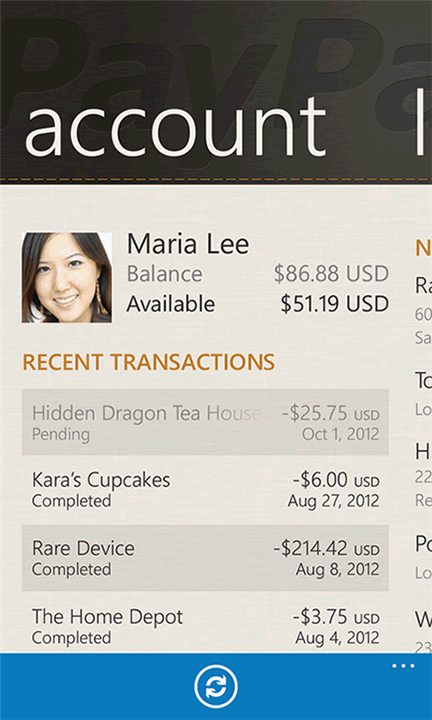 The app, which can be downloaded for free from the Windows Phone Marketplace, allows its users to send money from their bank account or their own PayPal balance to others for free. The app also allows users to check to see which of their local businesses support PayPal Here services.

So far, PayPal has yet to issue an official press release for their new Windows Phone app. The company's main page still shows only the iOS and Android app as download options, but hopefully they will reveal more about their plans for Windows Phone in the near future.