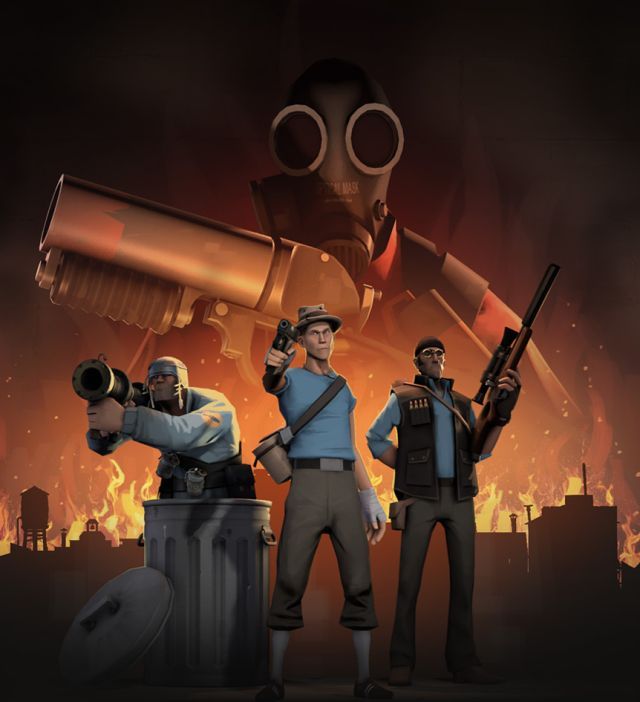 On Monday, Valve announced that its next Team Fortress 2 update would go under the umbrella title Pyromania and that it would have a new map and gameplay mode called Doomsday. Today, the multiplayer shooter's official website has been updated yet again with information about some of the new weapons that will be included in the Pyromania update later this week.

The Scout player class will get two new weapons; the Pretty Boy's Pocket Pistol (self-explanatory) and the Baby Face's Blaster, a scattergun. The Sniper also gets two more weapons; The Cleaner's Carbine (a semi-automatic machine gun) and The Hitman's Heatmaker, a new sniper rifle.

The Soldier class gets the new Beggar's Bazooka, a rocket launcher that fires up to three rockets. Finally, the Pyro class gets the Scorch Shot, a flare gun that can knock back targets it hits and sets nearby players on fire.