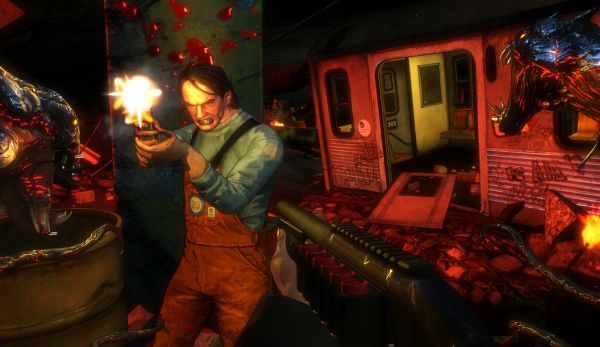 The Darkness II, developed by Digital Extremes, is getting a nice promotion on Saturday. As part of Free Comic Book Day, Top Cow will release a free Darkness comic book issue that serves as a prequel to the events in The Darkness II. The comic will be given away in the comic book stores that are participating in Free Comic Book Day. Today's announcement of the release date also comes with the first trailer for the game which can be seen below.

The game itself takes place two years after the events of the first game. The Darkness, the evil supernatural force, has stayed hidden inside the game and the comic's lead character Jackie Estacado. He is now the head of the of the Estacado crime family but now someone has made an attack on Jackie and that's making the evil Darkness inside of him wanting to come out. The game will continue the original's design of combining traditional first person shooter weapons with the Darkness, demon arms that can combine with gun wielding human hands to allow the game to attack with "Quad-Wielding" efforts. Digital Extremes is using a new version of its own in-house Evolution Engine for the game's graphics.