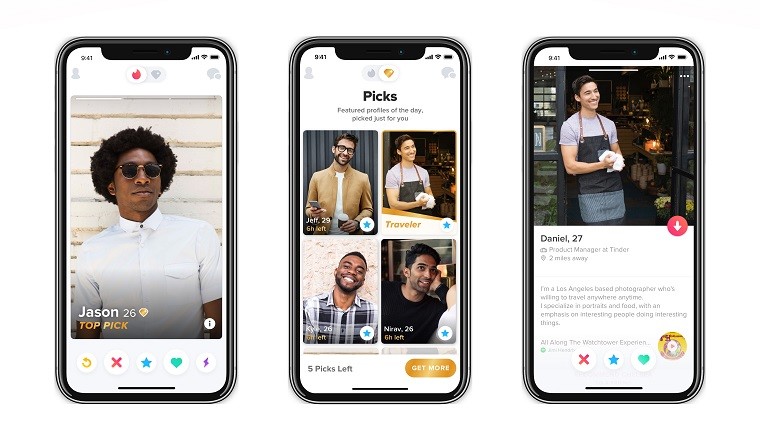 Tinder is today introducing a new feature called Picks, which aims to give users quicker access to profiles they might be interested in, bypassing the need for endless swiping.

In the new section of the app, users will be presented with a set of profiles which the service thinks will be more interesting to them. The app will highlight the most relevant characteristics of the profiles it presents, making it easier to see who you might be interested in. The list of picks is refreshed with a new set of profiles on a daily basis, but users can also pay for additional suggestions.

While the list of picks is available to anyone, a Gold subscription is required to interact with the list in any way: viewing profiles, swiping right or sending a Super Like. Tinder Gold is a paid subscription service introduced last summer which provides users with an expanded set of features, such as rewind, unlimited likes and the ability to see who has liked you before swiping.

With Picks joining the list of Gold-exclusive features, the service is making a bigger push to get users to spend money on the app. It should be noted that the share prices for Match Group, the company behind Tinder, dropped 22% after Facebook announced its own dating service, so it makes sense that the company is looking for more ways to make money.

For now, the feature is only available in the UK, Germany, Brazil, France, Canada, Turkey, Mexico, Sweden, Russia and the Netherlands, and it's exclusive to the iOS app. Further availability should be coming over the next few weeks and months.