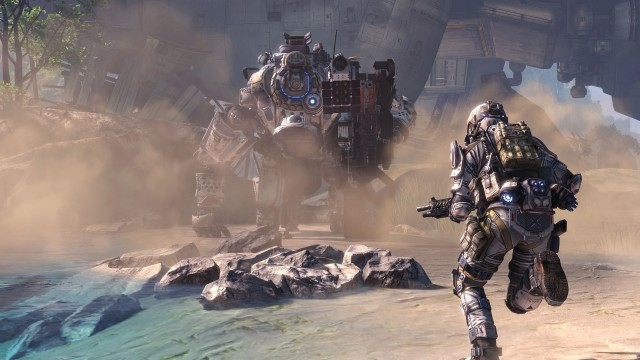 The Xbox One version of Titanfall looks like this; there have been no screenshots from the Xbox 360 version released.

While the sci-fi multiplayer shooter "Titanfall" has been a big critical success for Microsoft's Xbox One console, the game is taking a bit longer to come out for its older brother, the Xbox 360. Today, publisher Electronic Arts announced that the Xbox 360 port will be delayed yet again by two more weeks.

Previously, the Xbox 360 version was supposed to come out on March 11, the same day as the Xbox One and PC ports, but was later delayed to March 25. Today, EA EVP Patrick Soderlund stated in a blog post that "Titanfall" for the Xbox 360 will be released on April 8 in the U.S. and April 11 in Europe.

Soderlund says he has been playing the Xbox 360 version and thinks it is "fantastic," though he adds, "we see a few things that can be made even better." The new delay also means that the game won't be released in time to make EA's financial results for its January-March 2014 quarter.

While the Xbox One and PC versions of "Titanfall" were developed by the game's creators at Respawn Entertainment, the Xbox 360 port is being handled by another team, Bluepoint Games. So far, EA has yet to release any media from the Bluepoint version and has elected not to offer any previews of the game to the press, at least so far.