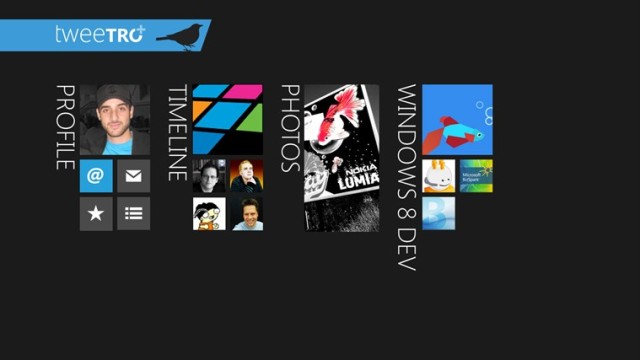 In December, developer Lazyworm Applications released Tweetro+, a paid version of their previously free third party Twitter app made exclusive for Windows 8. Tweetro+ has remained one of the most popular paid Windows 8 apps in the Windows Store.

Today, the developer sent Neowin a note announcing a new update for Tweetro+, currently priced at $9.99, is now available to download. Some of the new features include a way to pin and unpin Mentions and Timeline in the app, along with a new home button in the app's sub sections.

This new version also fixes a number of bugs that have cropped up since the launch of Tweetro+, including a fix for a random favorite bug when streaming and another fix for mentions and search tweet sharing. This will be just the first in a number of "substantial updates" that the development team has planned for the app.

In addition, Lazyworm Applications says that they are preparing the app for the changes that Twitter is making to its API, which are scheduled to happen on March 5th. The note added:

We're also working on adding some of the most commonly requested features into the app such as Tweet Marker support, Timeline bookmarks (remembering the position of the last read tweet), further ways to customize the app and a more robust notifications system.