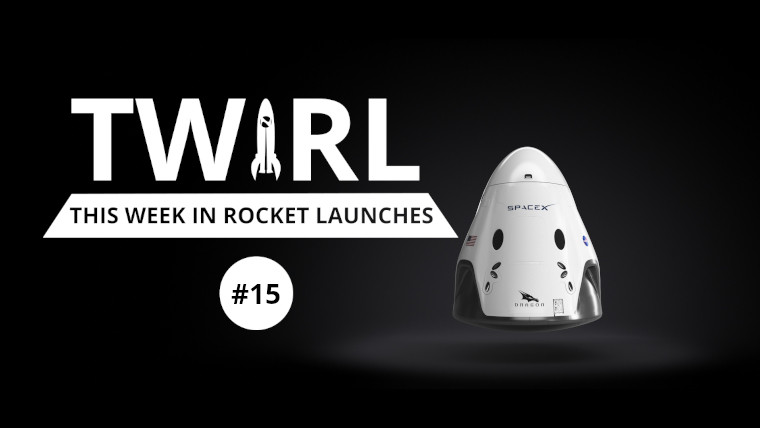 In the coming week, there are several missions lined up from the likes of SpaceX, Virgin Orbit, and China. One of the more interesting launches due to take place on Thursday is the SpaceX Falcon 9 launch which is carrying a Dragon 2 capsule that is transporting cargo up to the International Space Station

The first two launches of the week are slated for Tuesday, however, they’re also marked as No Earlier Than so we may not see either of them launch. The first launch is from Virgin Orbit which will fly its Boeing 747 ‘Cosmic Girl’ aircraft and perform an air launch of the LauncherOne rocket. The rocket will be carrying six CubeSats into orbit for the U.S. Air Force’s Space Test Program, the Netherlands’ military, and SatRevolution. If this launch goes ahead on Tuesday or the days afterwards, head to Virgin Orbit’s website where a live stream should be available.

The other launch we could see on Tuesday will be from the Chinese company Landscape, which is launching a Zhuque ZQ-2 rocket for the first time. While the first rocket launch will not be recovered, the firm is planning to recover the first stage of the rocket in future launches so that it can be re-used. This will help the firm reduce the costs of launching payloads into space.

On Wednesday, a Long March rocket is set to carry the Fengyun 4B satellite into orbit for the China Meteorological Administration. It will be used to collect imagery of storm systems, atmospheric sounding measurements, lightning maps, and space weather events. It’s unlikely that a live stream of this event will be available but launch footage could appear on YouTube after the event. The launch is set for between 4 p.m. and 6:30 p.m. UTC.

At around 5:29 p.m. UTC on June 3, SpaceX is aiming to launch a Falcon 9 Block 5 rocket carrying a Dragon 2 capsule which is headed for the International Space Station. The capsule will be making a cargo delivery to the ISS. Aboard the capsule will be two ISS Roll-Out Solar Arrays (iROSA) for the ISS Power Augmentation (IPA) program.

Northrop Grumman’s Pegasus XL rocket, set to deploy the TacRL-2 mission in orbit, has been mentioned several times in previous editions of This Week in Rocket Launches but still hasn’t launched. Saturday will be the next earliest date the rocket will take off. The mission is a part of the U.S. Space Force’s Tactically Responsive Launch program and is intended to be a technology demonstration.

The final mission of the week comes from SpaceX again, although, it is marked as No Earlier Than. A Falcon 9 Block 5 rocket is set to launch the SXM 8 radio broadcasting satellite for SiriusXM’s digital audio radio service. The satellite has an unfurlable antenna reflector which enables it to broadcast to radios on Earth without the need for a dish antenna on the ground. SXM 8 will replace the XM 4 satellite and will provide service for 15 years.

The first flight to launch last week was SpaceX’s Starlink 28 mission which was carrying 60 Starlink satellites aboard the Falcon 9 Block 5 rocket. This mission was slated for Wednesday, May 26 and successfully launched on the day. You can watch the event below:

OneWeb also managed to get some of its satellites off the ground last week flying aboard a Starsem Soyuz 2.1b. If you’d like to see the coverage of the event, check out the following video:

The final launch which was mentioned in last week’s TWIRL that actually managed to get off the ground was the China National Space Administration’s Tianzhou-2 mission which is carrying cargo to the Chinese Space Station. You can see the footage of this launch below: