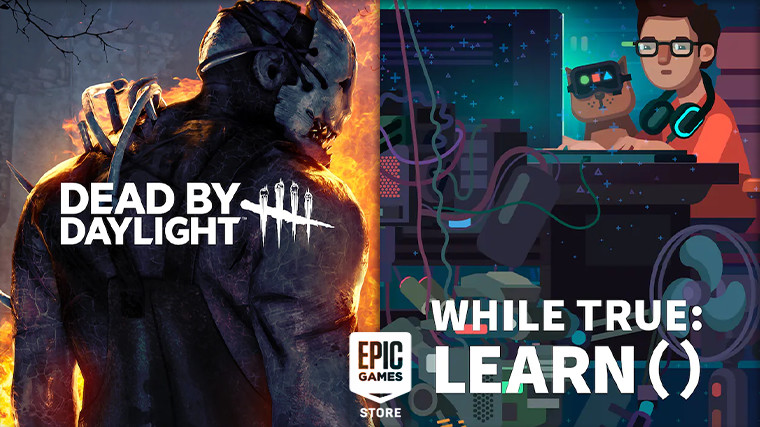 From Epic Games' corner this week arrived two freebies to replace theHunter: Call of the Wild from the previous offer. You have the opportunity to grab Dead by Daylight and while True: learn() this time.

Dead by Daylight offers a 1vs4 survival experience where four survivors must avoid a killer using various distractions to create escape opportunities. Meanwhile, while True: learn() is a puzzle simulation game about teaching machine learning, neural networks, big data and AI. It revolves around a coder who finds out his cat is better at the subject material than him, so a cat-to-human speech recognition system must be built.

The two games will be free to claim until December 9, and up next on the freebie schedule are a couple of high-profile games: Godfall Challenger Edition and Prison Architect.

The Caped Crusader is the focus of Humble's latest charity gaming bundle, bringing in a collection of eight games featuring Batman, all split across three tiers.

Lastly, the Humble is asking for $10 if you want to complete the set, adding on Batman: Arkham Origins, Batman: Arkham Knight Premium Edition, and LEGO Batman 3: Beyond Gotham. It's certainly a great deal if you don't already own these games.

If you're interested in even more charity bundle goodness, the Yogscast Jingle Jam has returned for its 10th year. The latest offering has 55 games available for giving around $47, with highlights including PC Building Simulator, Golf It, Hyper Light Drifter, Surviving Mars, Barotrauma, Wildermyth, Unrailed, and so much more.

Ubisoft is continuing its 35th anniversary celebrations, and while freebies have paused, another free event has appeared. This time you can try out Tom Clancy's Rainbow Six Siege through the weekend, the company's popular competitive tactical shooter featuring various operators with special gadgets and abilities.

With the biggest Autumn sales now behind us, it's going to be several weeks of relatively quiet weeks for discount promotions until Winter sales begin. If you're an Amazon Prime subscriber, don't forget to claim your Need for Speed: Hot Pursuit Remastered, Frostpunk, and Journey to the Savage Planet copies this month too.

If you're interested in browsing the latest big deals even after the latest sale festivities, find our highlights below as always:

Black Friday sales are behind us too, meaning the GOG store is back to offering the standard weekend DRM-free discounts. Here are some highlights from its latest promotion: