Barring any show-stopping bugs, it appears that an update is on the way for the general release of Windows 10, and possibly for Insiders using Windows 10 Mobile. The new updates will bump PCs up over the current 10586.63 build released on January 13, and Mobile devices up from build 10586.63 available to the Insider program. According to Italian website AggiornamentiLumia, which discovered the listing for the update, it will roll out tomorrow, January 26, 2016. 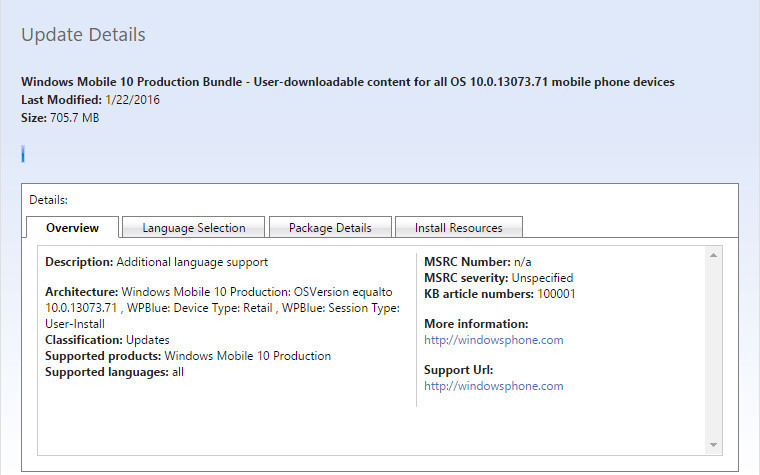 As with other cumulative updates, this one is likely to address issues such as stability and bug fixes, and may also improve battery life on mobile devices. The build will be part of the Threshold (TH2) development branch, and not the Redstone stream; early Redstone builds have only been released to Insiders on PC.

Language packs associated with new Mobile build 10586.71 were spotted by Gustave M (@gus33000), which you can view here.

For those that haven't been upgraded to Windows 10 Mobile yet, you will have to wait a bit longer, as Microsoft has reportedly confirmed to its partners that the rollout won't start until February. The company is also said to have delayed the next firmware updates for its newest flagships, the Lumia 950 and 950 XL.