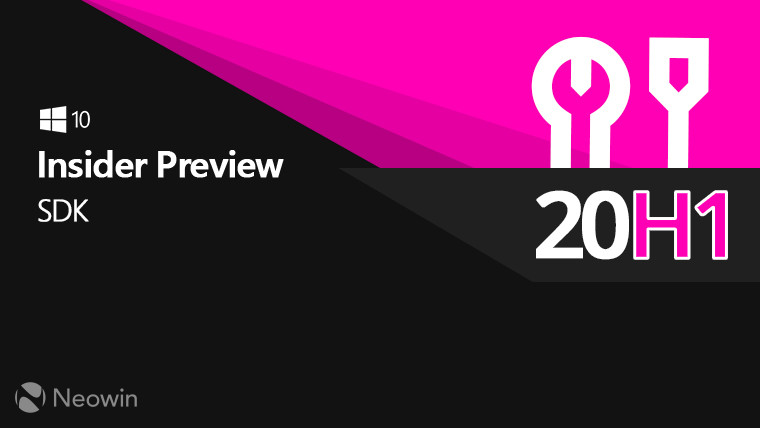 As is tradition on Tuesdays, Microsoft has released a new preview build of the Windows 10 SDK to Insiders, matching the build number of last week's Fast Ring build of Windows 10 itself. Also as usual, there's no blog post yet from Microsoft, so it's not clear what's new. Last week's SDK release surprisingly brought some changes, which is unusual for these SDK builds, but it's unlikely we'll see the same this week.

Just as with every other preview build of the SDK, this one requires Visual Studio 2017 or newer, and you'll need to be running Insider builds of Windows 10 to be able to use it. You can, however, use it alongside a stable version of the SDK and keep publishing apps with it, as long as they target Windows 10 version 1903 or prior.

If you're interested, you can download the Windows 10 SDK Preview build 19002 from the Windows Insider website, along with matching builds of the Windows Driver Kit (WDK) and Hardware Lab Kit (HLK). The Assessment and Deployment Kit (ADK) did not get an update this week and is still on build 18999. We'll update this article if any news comes from the blog post when it's published.

Update: A blog post for this release has been published, but there doesn't appear to be anything new.