Screenshots and a changelog have leaked from what appears to be the latest Milestone 3 (M3) developer release of Windows 8. This leak comes from PCBeta (and BetaArchive) and shows the Windows Developer Preview Setup, rumoured to come straight from Windows 8 build 6.2.8064.0.FBL_EEAP.110806-1000; which as the string suggests was built on August 6th. This would also nicely coincide with previous rumours that Windows 8 hit build 8063 on August 4. 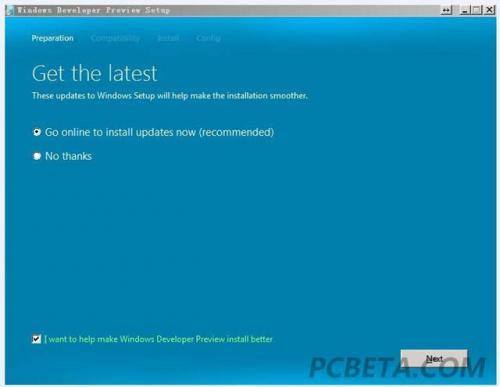 The reported changelog is as follows:

Curiously both Windows Media Center and DVD Maker appear to be gone from this build – both were (especially Media Center) loved features from Windows 7, so this quite likely is only part of the alleged developer preview build. It is also reported that the build is 100% locked and hidden features cannot be revealed through means used for previous leaked builds.

Microsoft is set to release more information about Windows 8 in an official manner at their BUILD conference between September 13 and 16, which Neowin will be attending.