Fashion designer and TV personality Mizrahi, the first in a series of designers to create exclusive themes said in a Microsoft presspass event

"Phones are just as much a fashion statement as the clothes you wear, As a designer, I'm excited to team up with Microsoft to bring forth fresh and funky new ways for people to make their Windows phones a part of their personality. Cast aside your old black phone, and make this year about color and fun."

Below are the screenshots of the colourful designer themes from the latest build of Windows Mobile 6.5 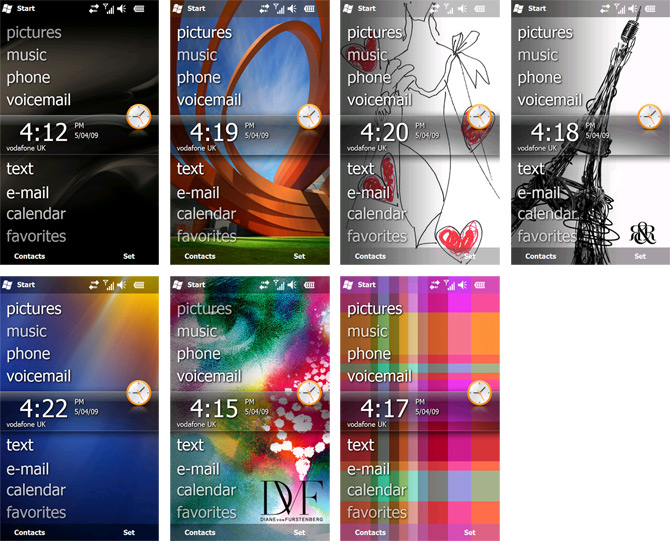