Samsung held its CES 2013 press conference earlier today and part of the event was taken up by Youm. No, that's not the name of the newest boy band from the UK, but the new brand name for Samsung's flexible display technology. 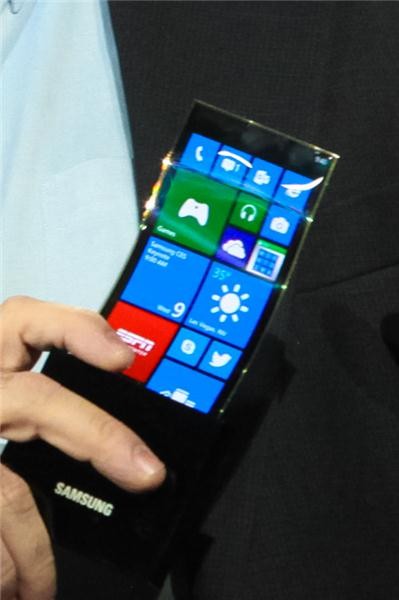 CNet.com reports that at one point during the Youm demo, Microsoft's chief technical strategy officer Eric Rudder came on stage to show one of the prototype Youm smartphones running on Windows Phone. The story said that the demo was just running a video on the device itself but still seemed pretty impressive looking from the audience.

Samsung has been open about its plans for a flexible display in the past. In 2011, it told investors that it would have smartphones with flexible screens in 2012. Obviously, it missed that deadline, at least in terms of launching such a product to the public. Today's CES press conference gave no indications on when we will see Youm-based smartphones on store shelves.

Nokia has also released a concept video, again in 2011, that showed its own research plans for a flexible smartphone product. Hopefully, these will finally stop being just cool research demos and turn into actual products in the near future.