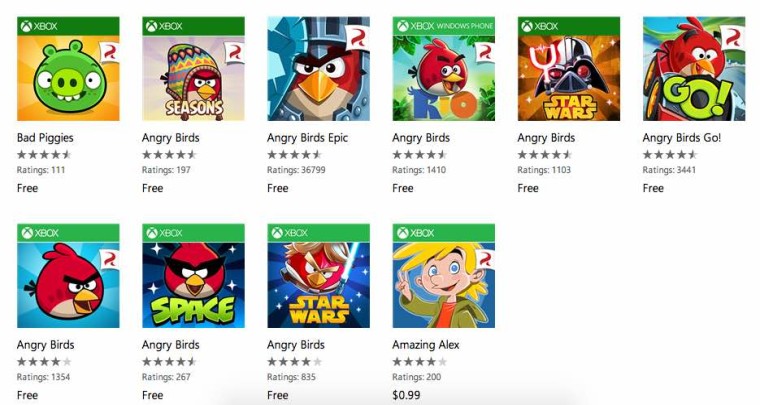 Just in time for the holidays, it looks like Rovio is blessing Windows Phone users with a whole slew of free goodies. For a limited time, every single Angry Birds game on Windows Phone is now available for free.

While it has been ages since the original Angry Birds came out, many interesting iterations of the game have been released over the past five years. While a majority have played the original game, Rovio's stand-out titles from the pack include: 'Angry Birds Space' and both Star Wars themed Angry Birds titles. Even those that have played and completed some of the older titles in the past will find it rewarding to revisit them as Rovio has added new content over time.

Those looking for a promo on Rovio's second original title, Amazing Alex, will be disappointed as it is still a paid app at 99 cents. For those interested in Angry Birds promotion, head on over to the Windows Phone store and download the titles as soon as possible; the apps will be available for free but only for a limited time.