While the first public preview of Windows 8.1 is scheduled to be released on June 26th, there are a few people out there in the world who have installed the previously leaked builds of Microsoft's next OS upgrade.

One of Neowin's most loyal readers, FaiKee, has posted up a note in our forums that alerts those people who have installed the leaked builds that they can now access the Windows Store. As he puts it, "Click the Store tiles, enter your MS account, and viola!!" 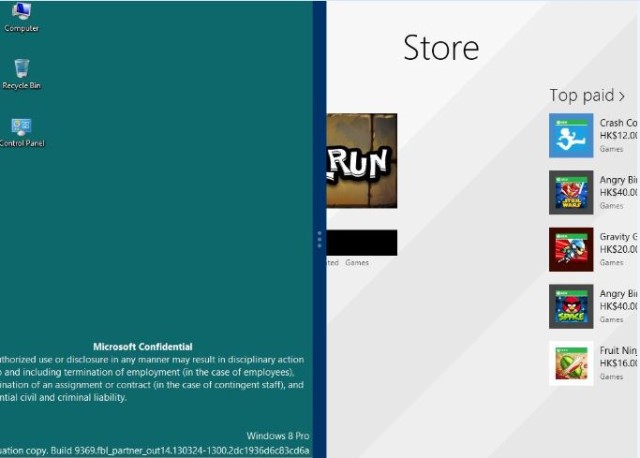 He's also posted a couple of screenshots showing the Windows Store running on his leaked 9369 and 9385 versions of Windows 8.1, one of which you can see above. The screenshots also show the new "snap view" that will allow users more flexibility for running more than one Windows 8 app.

Of course, Microsoft might decide to cut out access to the Windows Store for these leaked builds once the public preview is released later this month. The final version of Windows 8.1 is supposed to be released sometime before the end of the year, although one rumor hints that Microsoft could ship the OS upgrade on August 1st.

Thanks to FaiKee, as always, for the tip!