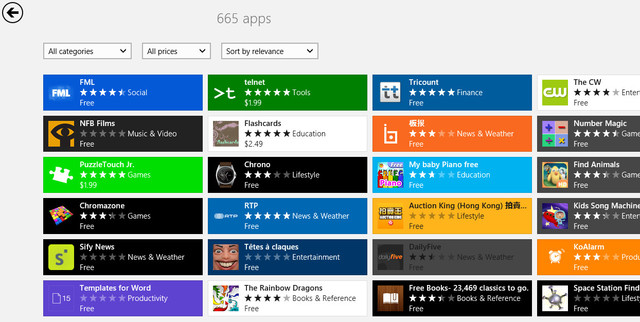 The Windows Store will be a critical component of Windows 8 and Microsoft's future. Seeing as the app store is a new avenue for revenue for the company, it is in their best interest to help developers get their apps into the store to drive consumer adoption.

When Windows 8 hit RTM, the Windows Store had 470 applications, as of today, that count is up to 665 with 195 of those applications being added in a single week. While this number may not sound high, given that Windows 8 is not being sold on retail shelves, it is a start, albeit a slow one.

For developers, it's a chicken and egg scenario. With the adoption rate of Windows 8 unknown, is it worth the money and time required to build a Windows 8 app if consumers do not purchase the OS? On the other hand, if consumers do adopt the OS quickly, not having an application developed could mean that you lose first-mover advantage and potentially miss out on significant revenue.

Windows 8 will launch on October 26th and we expect that application count for the Windows Store will grow steadily up to that point. Seeing as developers likely want their application to be available from day one for consumers, expect to see an onslaught of applications hit the store right before launch as developers work to finish their projects before launch.