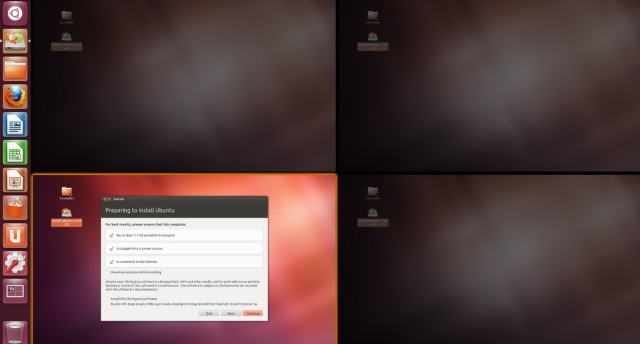 Over the past few weeks, the details surrounding Threshold have slowly been surfacing and the picture is becoming a little bit clearer today.

In the past, we had talked about how the UI for Threshold will be easily recognizable from other versions of Windows, but at the same time, will feel familiar to those who will likely be transitioning from Windows 7 or even Windows XP.

Before we go any further, know that the Windows Threshold is still early in development and features that we talk about may not make it into the final version but could arrive in later updates or be cut right before launch to never been seen again. While we wouldn’t call these features experimental, they are still early on in development and have lots of bugs that must be squashed before they would be considered for the final RTM build.

Microsoft is considering bringing virtual desktops to Windows Threshold. The feature, which is already on other platforms like Ubuntu and OS X is currently being tested and is said to have similar functionality to that of Ubuntu. You can activate the desktops with a button on the taskbar (subject to change) and there are keyboard shortcuts that let you jump between active desktops.

For those of you who have never used virtual desktops, they are a simple way to help stay organized and focused. The feature works by creating multiple “desktops” where you can keep open applications and then switch between the desktops to view other applications. For example, you can create a virtual desktop that has Outlook open and then other desktop with your web browser, both apps are running on their own desktop to allow you to focus on either web browsing, or email.

This feature is great for devices with smaller screens or desktops with only one monitor where having two desktop layouts (or more) can be beneficial to productivity. This feature will be another addition that Microsoft will use to convince those on Windows 7 and XP that Windows Threshold is worth upgrading too as it allows for increased productivity.

If this feature makes it to the production version of Windows Threshold, it will be one of the more visible features and likely heavily used by power users too.