Microsoft has been busy preparing their next release of Windows Phone 7, codenamed "Mango." The update is available to developers in beta form now, and is part of a massive overhaul to the platform. As part of that upgrade Microsoft today overhauled their developer website, the App Hub.

According to WPCentral, the App Hub went down for scheduled maintenance and has now been made live again with new features. These include:

The new features are being praised by developers as more useful already, and Ivan Zivkovic sent us over a picture showing the download/crash counters in action, as shown below. 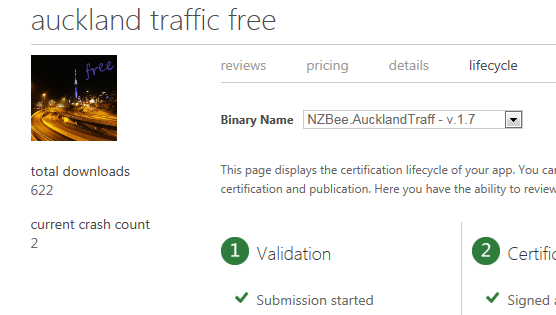 It's good to see the features trickling out slowly. These specific features work specifically with Windows Phone 7 OS "Mango" which is expected release to carriers in September. Mango brings over 500 new features to the platform, including IE9 with HTML5 support, mulititasking, OS-wide IM integration and more.