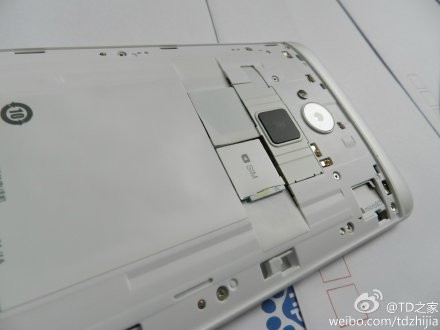 HTC’s long-awaited HTC One Max will reportedly launch next week and feature a fingerprint scanner similar to the one found on the latest iPhone.

According to a report from The Wall Street Journal, the Taiwanese company is getting ready to launch its newest handset. The HTC One Max has been rumoured for a long while now and evidence of its existence has occasionally leaked online. The Max is an upgraded version of the HTC One and features a larger 5.9-inch screen and various other improvements.

The Wall Street Journal report doesn’t go into any detail of how this fingerprint scanner will work; it might be used in a similar fashion to the one found on the iPhone 5s, but due to Android’s more open nature we are likely to see a larger number of use cases.

One interesting tidbit of info comes from a leaked image that shows the scanner is placed on the back of the device, which would point to a different way of using the device than what most people are expecting.

In either case we’re likely to see the HTC One Max be unveiled next week, whether it’s on the 15th or the 18th of this month.