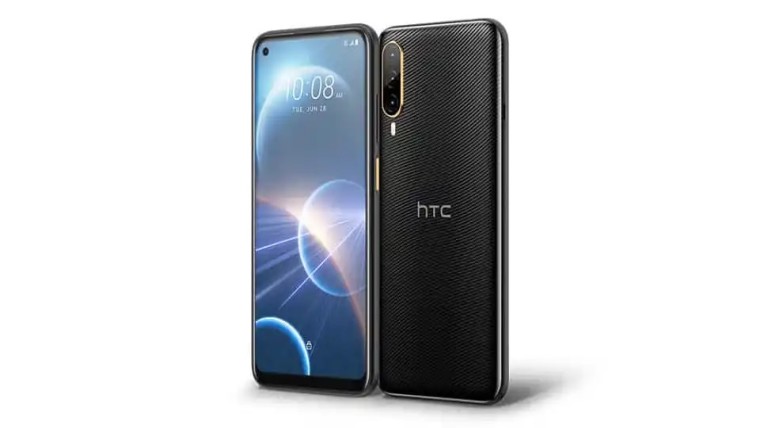 HTC has unveiled its metaverse-focused smartphone. The HTC Desire 22 seems to be a capable “mid-range” Android smartphone that could compete with similar offerings from Samsung, Xiaomi, and others.

HTC was undoubtedly one of the biggest Android smartphone manufacturers just a few years ago. However, its less-than-aggressive approach, coupled with intense competition from Chinese mobile makers, left the company behind. The HTC Desire 22 could be the company’s comeback phone. And this time, HTC is not trying to compete in the premium market.

The HTC Desire 22 Pro is priced at £399.00. The smartphone has a mid-range spec sheet to match its price. The Android smartphone has a Qualcomm Snapdragon 695 chipset with 5G network connectivity. The SoC is paired with 8GB of RAM and 128GB of storage. There’s a 6.6-inch Full HD+ display with a 120Hz refresh rate. HTC has opted for an LCD screen instead of OLED. The HTC Desire 22 runs Android 12 out of the box.

Desire 22 pro is the phone to carry you into the future.
Learn more: https://t.co/QOev17nRSQ#htc pic.twitter.com/Hrwrp5iNmw

A side-mounted fingerprint sensor, dual-band Wi-Fi, NFC, wireless charging, reverse wireless charging, and video stabilization are some of the other highlights of the device. Strangely, HTC is offering the Desire 22 in Black color only.

The company had previously teased that it was readying a “high-end” device focused on the metaverse. As it turns out, the HTC Desire 22 can mirror its screen to the Vive Flow headset. The company relies on Miracast to wirelessly show the phone screen on the VR headset. Needless to mention, this doesn't seem to be a path-breaking or innovative feature.

HTC hasn’t produced any “flagship” Android smartphones since 2018. It did attempt a rather lackluster comeback with the blockchain-focused “Exodus” device in 2019. Both the devices weren't able to win back customers. Perhaps the HTC Desire 22 might change the trend.