One of the interesting things about wearables is that there isn't a single right way to do it. It's one of the most personal technological items that we own, so we can be particular about it. You might want a smartwatch that tries to do everything that your smartphone can do, or you might not want that kind of distraction in your life.

The Casio G-SHOCK GBA800 sits on the latter end of the spectrum. For the most part, it's a watch, albeit one that's clearly designed for more rugged activities as opposed to fashion. But it does have a few "smart" features, such as a step tracker, and it can connect to your phone via Bluetooth.

This is what I mean when I say that all wearables aren't for everyone. There are people that have a regular watch and say, "If only this could count my steps", but they don't want to download apps, see the time on a bright P-OLED display, or even interact with it. That's where the G-SHOCK GBA800 comes in.

The model that I was sent is bright yellow, and I kind of hate it. The good news is that's all personal preference, and the GBA800 comes in lots of pretty colors, like green, blue, white, black, and gray. I just wanted to throw that out there, as if you're turned off by the bright yellow that you see in the photos, there are colorways for everyone.

The watch measures in at 54.1x48.6mm, and it comes in at 15.5mm thick, weighing 61g. Indeed, it's pretty thick, but much of the volume is used for ruggedizing the device. This thing is water resistant up to 200 meters and it's shock-proof. The idea is that you don't have to worry about it in your active lifestyle. 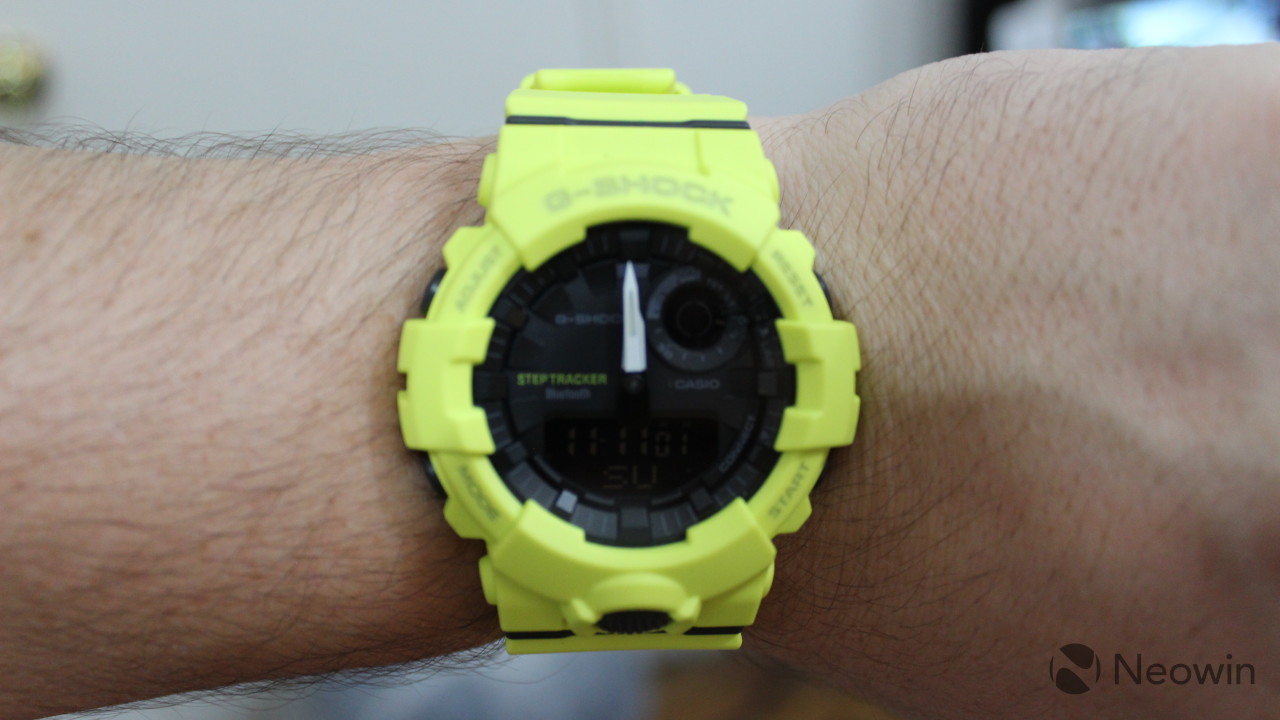 There are five buttons on the watch, two on the left and right sides, and one on the bottom. The bottom button is used to light up the watch face, although it actually glows when it's dark automatically.

The bottom buttons are the most generally useful. The bottom-left button is the Mode button. This is what you can use to toggle the watch between showing the time, stopwatch, and so on. The bottom-right button is the Start button. Not only is this button used for starting a stopwatch or timer, but you also have to use it to pair the watch to a device.

The top-left and top-right buttons are Adjust and Reset, respectively. These are pretty self-explanatory; for example, you'd use the Reset button to reset a stopwatch.

The face of the watch is somewhat small compared to the body. Again, this thing is meant to be solid, so the casing around it is massive, and it also allows the watch to take a hit from above and it won't scratch or crack the glass. 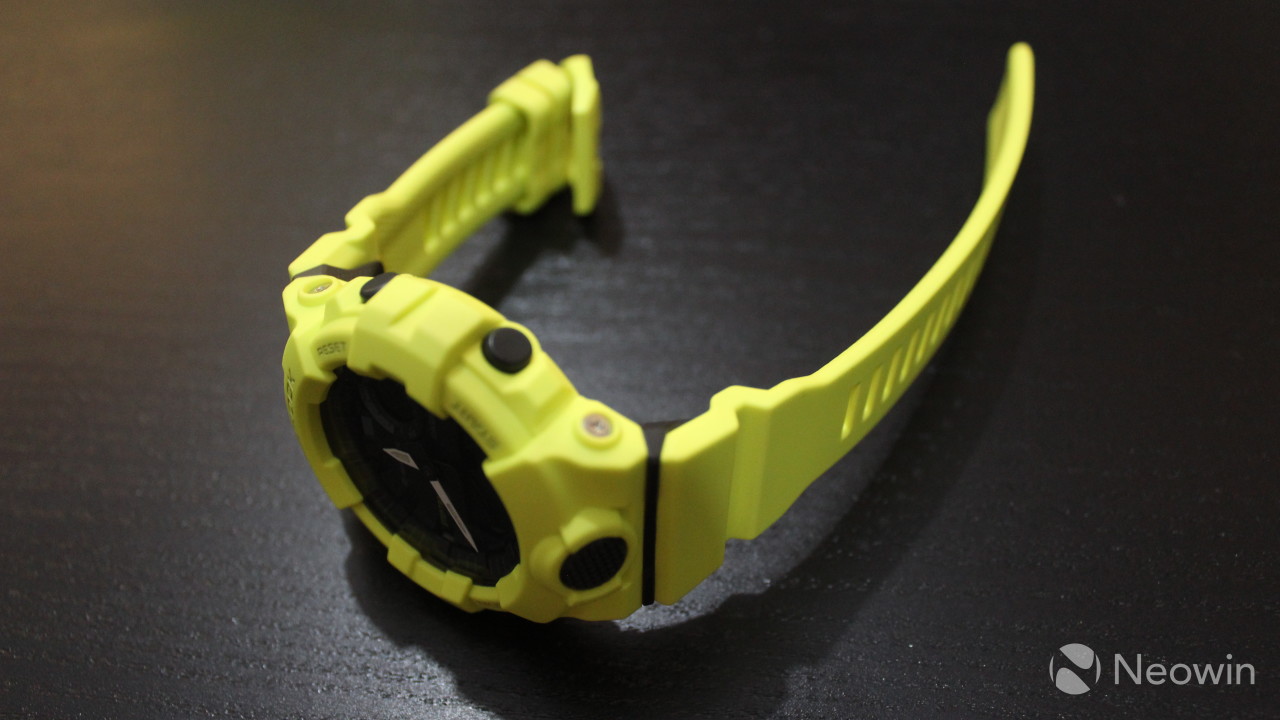 The face looks like an analog watch, for the most part. There are two displays under the watch hands. The larger display on the bottom shows what mode you're in and supplemental information from that mode. For example, in world time mode, you'll see the time from another city, or in step counting mode, you'll see your steps.

By holding the bottom button and pressing the bottom-right button, the watch hands will move so that they're not blocking either display.

The G-SHOCK GBA800 connects to your phone via the G-SHOCK Connected app, and this is where the functionality starts to make sense. Like many wearables that don't have a touchscreen you can interact with, you'll want to interact with an app to do things like set alarms and timers. You can do this with the buttons on the watch too, but for me, it's easier to do it from the app. 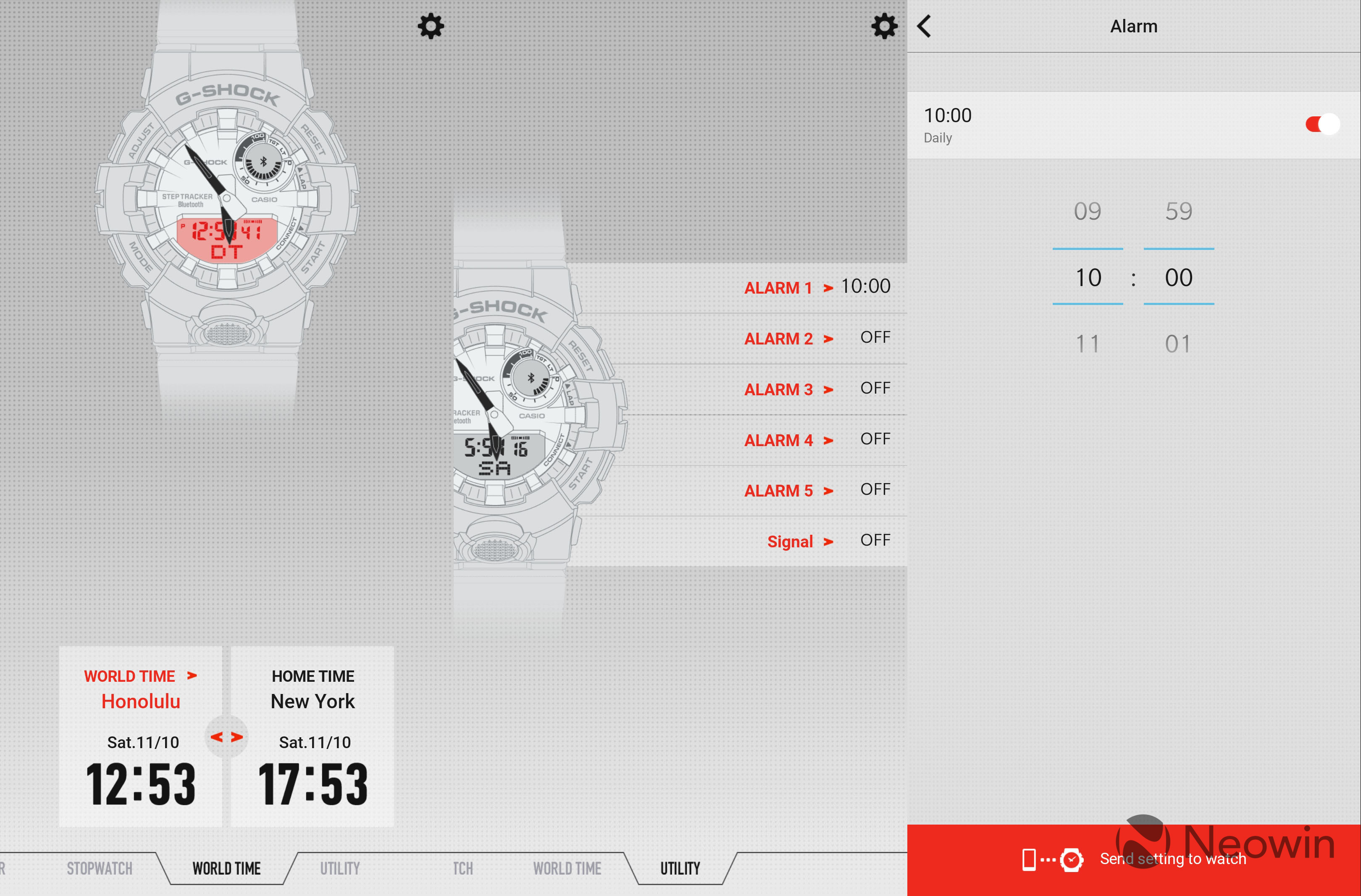 Once you launch the app, you have to manually connect the GBA800 by switching to time mode and holding the Start button for two seconds. No, the app will not automatically connect, and this is a bit annoying, since it takes at least five seconds between when you launch the app and when it's actually useful.

But there's a notable tradeoff here. The G-SHOCK GBA800 doesn't have a charging port, as you don't need to charge it. The battery inside promises to last for two years, and while there are benefits to using a non-rechargeable battery, a lot of that extra life also comes from keeping the Bluetooth radio dormant unless you tell it to turn on. 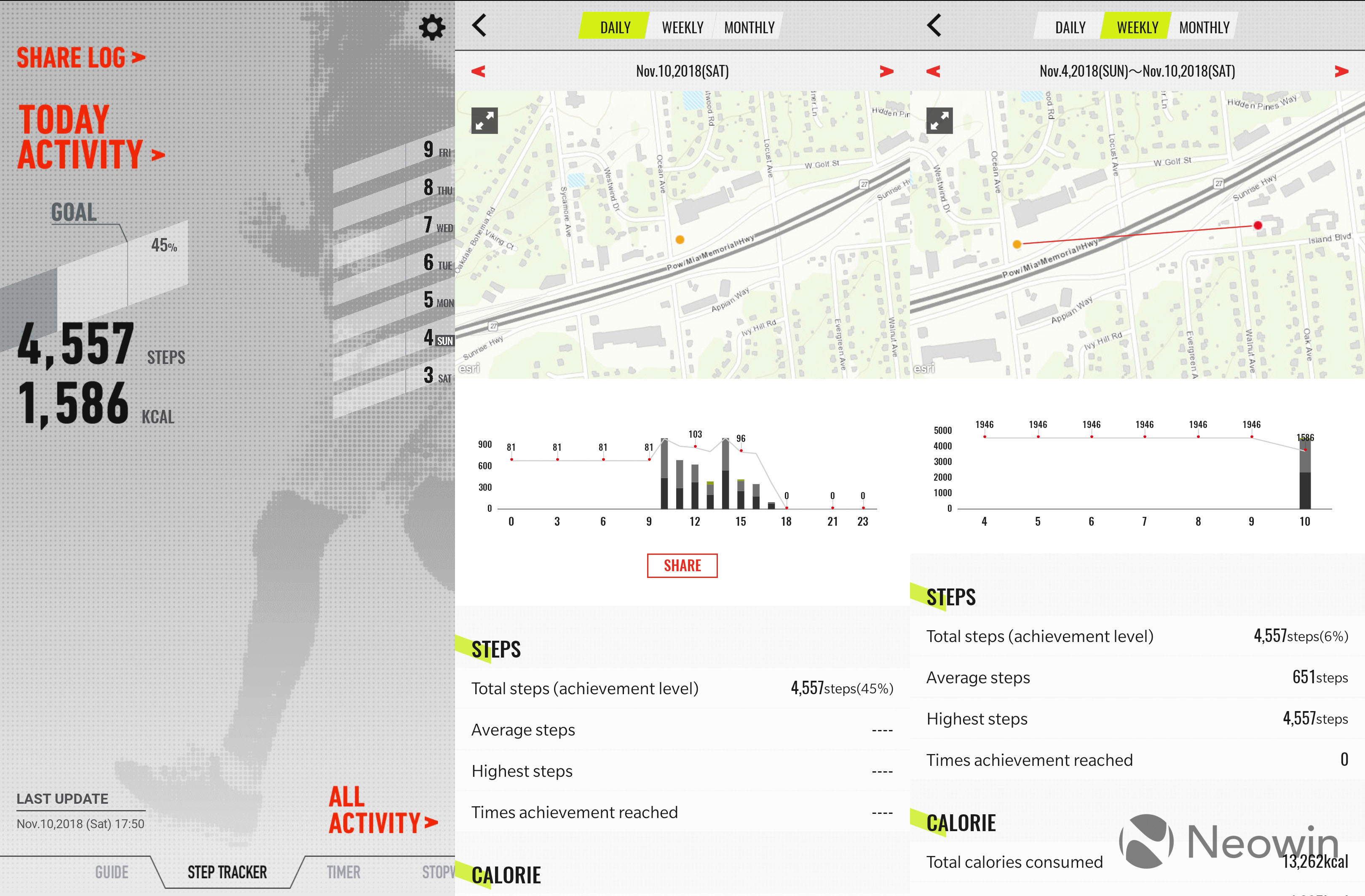 The app provides insights on your step count, and you can view it in daily, weekly, and monthly views. When you go to the weekly and monthly views, you can see what your average steps are in that period, what your highest amount of steps were for a day in that period, and how many times you achieved your goal. You can also see total calories consumed and average calories consumed. 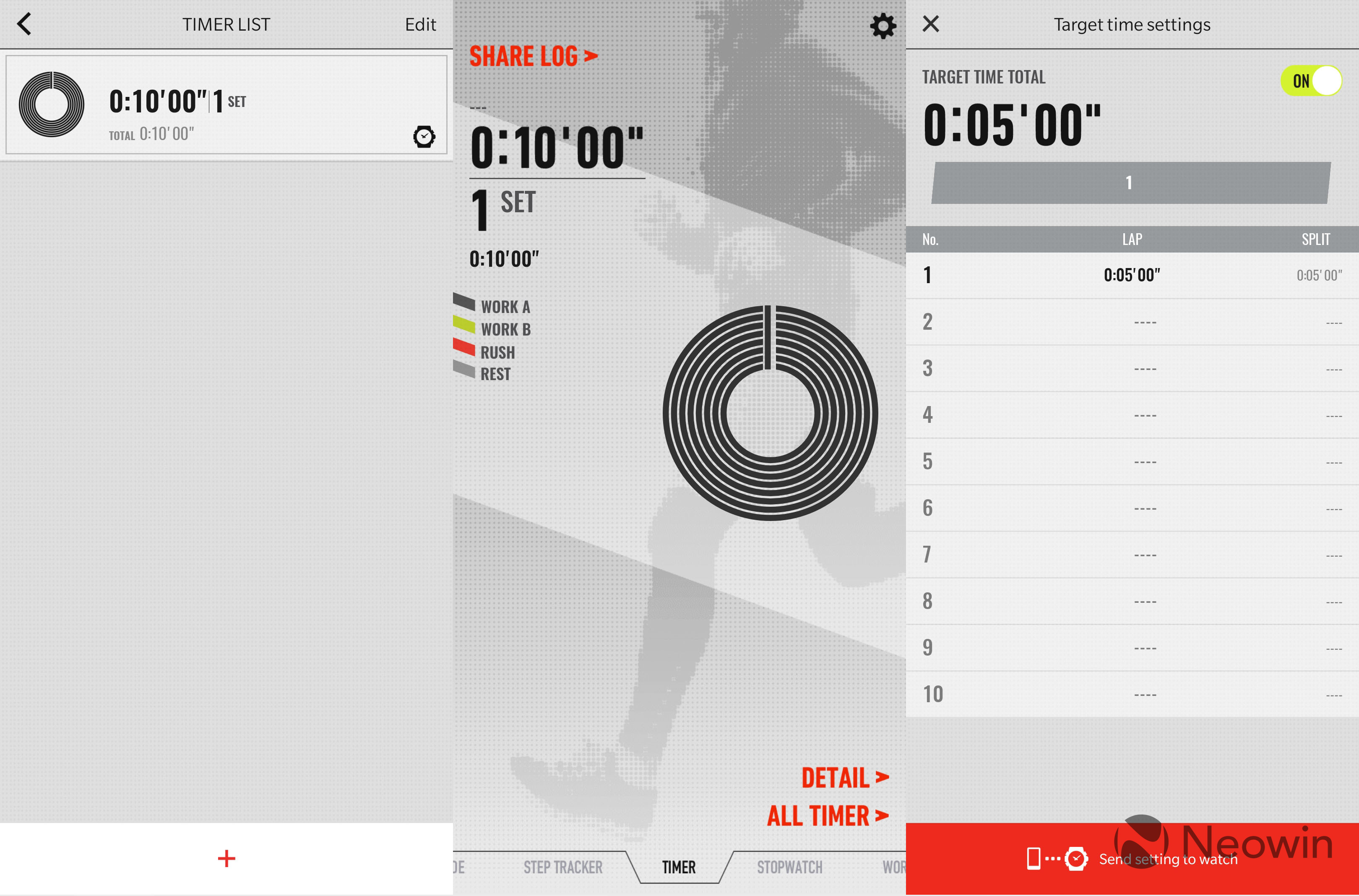 Another thing that's cool is that you can store up to 10 timers in the app. As you can see from various screenshots, for anything that changes settings on the watch, there's an option to send it to the watch. You should know that the app does not do this automatically, for the reasons I outlined above.

I think that the idea is that you won't be using the app a lot. If you're looking to check on your step progress, there's a screen that will show you that on the watch itself. If you want to go deeper into that, you can do that in the app, but you wouldn't do that as often, so it's not a dealbreaker that this thing isn't connected all of the time. 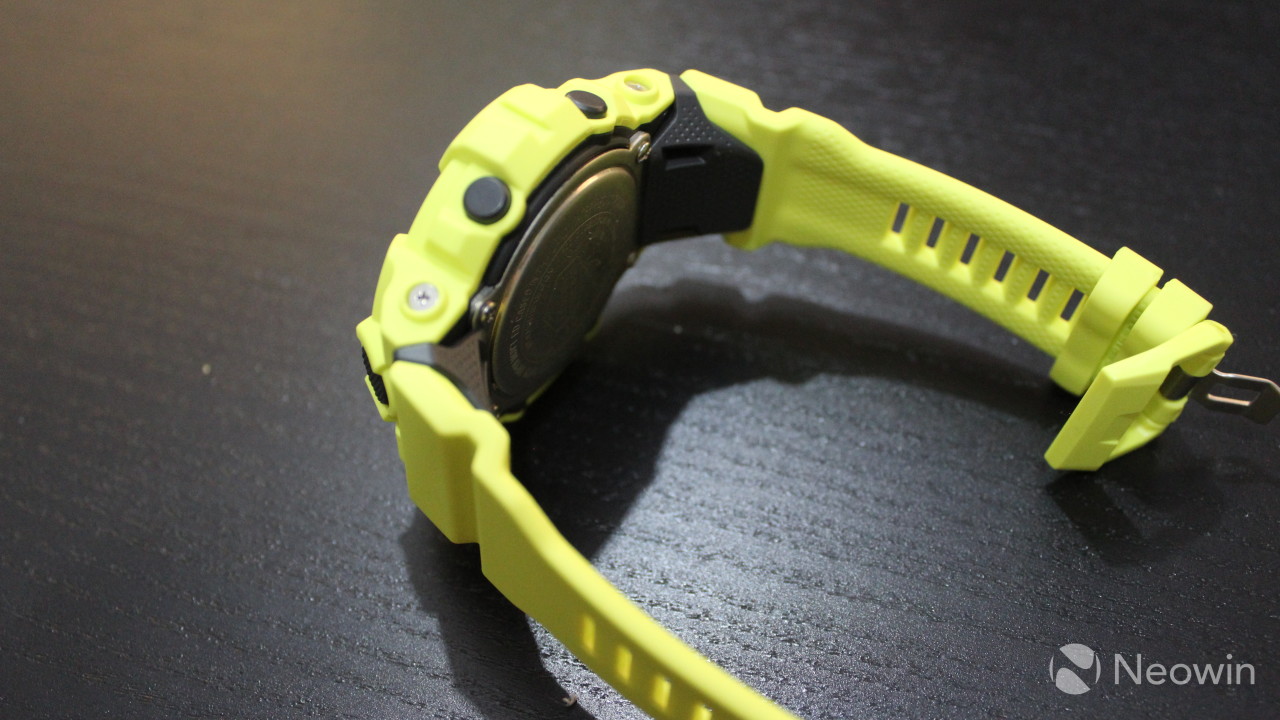 On a side note, you'll want to shut off notifications from the app. It does this weird thing where it always displays a notification showing that it's waiting for the watch to connect, and you cannot dismiss it.

The one thing that I'd really like to have seen is notifications, even if it just vibrated when notifications from certain apps came in. Again, stuff like that can't happen due to the way this works.

Like I said in the very beginning, it's perfect for the person that has a watch, and just wished it had a couple of extra features, rather than having to get something with all of the bells and whistles. And of course, it doesn't require you to charge it at all, which is really awesome. A fitness band with good battery life can last a week or two, but two years is out of this world.

And for $120, it's really not promising to do more than it does. And for what it promises, it's good at it. The G-SHOCK GBA800 has solid build quality that won't break under an active lifestyle, and an app that backs up the fitness features.